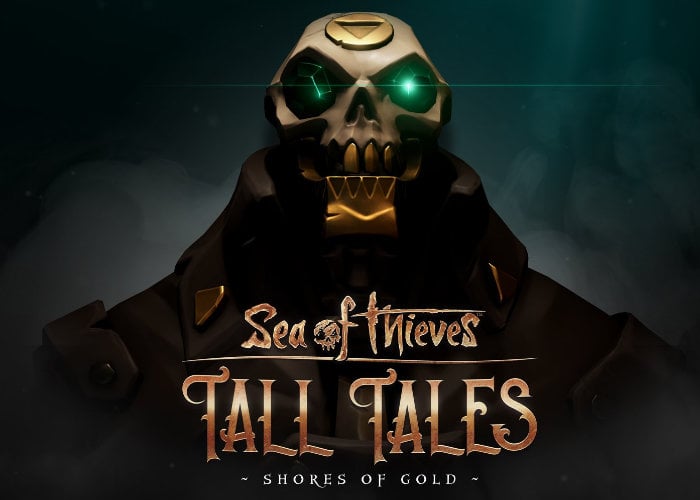 As expected Microsoft has rolled out the major Sea of Thieves Anniversary update 2.0 to the seafaring pirate game. Bringing with it a wealth of new content, tweaks, updates and improvements for players to enjoy. The latest update to the Sea of Thieves denim as the biggest so far and brings the new Arena competitive mode, a story-driven adventure entitled Tall Tales – Shores of Gold, and the introduction of fishing, hunting and cooking. Learn more in the video below.

Tall Tales – Shores Of Gold
Grand adventures, vast riches to plunder, ancient secrets to uncover… stories of piracy and wild encounters on the waves. The Sea of Thieves is bigger and stranger than anyone knows. Tall Tales – Shores of Gold brings this pirate world into even more vibrant focus, leading you deep into long-lost legend and mystery. Are you ready to follow our trail of tales?

The Arena
Experience the thrill of competition and engage in explosive encounters in The Arena – a place dedicated to contests of seafaring skill on the Sea of Thieves! The proudest pirates love to show off their abilities and The Arena is the ideal place for it. Trust in your crew and test your mettle in this dedicated new game mode.

The Hunter’s Call
Pirate bard Merrick, a true survivor of the Sea of Thieves, has decided to build on his experiences by founding a new Trading Company known as The Hunter’s Call. This ragtag band boasts experts in hunting, fishing and cooking and would like all pirates to master the same skills. Handsome rewards await those who can catch the rarest creatures and cook the finest dishes!

Performance Improvements
– Xbox One S Improvements – Performance on the Xbox One S has been improved.
– Improved Loading Times – Time taken to initially load in to Sea of Thieves has been reduced.
– Game Stability – Resolved a number of client and server stability issues.