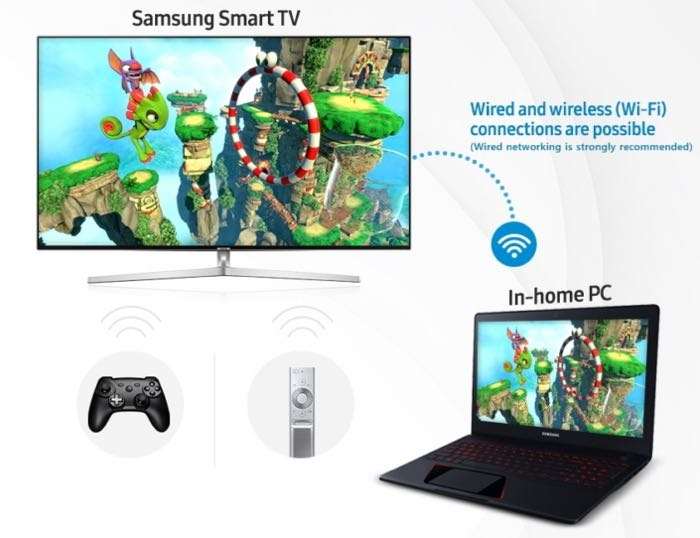 Samsung has announced the launch of the Steam Link game app for its range of smart TVs. The app is compatible with all of Samsung’s 2016 and 20167 Smart TVs. This also includes their most recent QLED TV range.

The Steam Link game app lets you stream games direct from Steam on your PC to your Samsung Smart TV and it supports 4K streaming on 2017 models.

The Steam Link app, which was previously available as a free beta version in the U.S. market, is now available in 55 countries, including the U.S., the U.K. and Korea. It supports full 4K streaming on 2017 TV models, and allows Samsung Smart TV users to enjoy thousands of PC games through their big-screen TVs.

You can find out more details about the Steam Link game app for the Samsung Smart TVs at the link below.