I feel really sorry for the new Samsung Galaxy S5, as we have already seen a range of videos of this new Android smartphone being placed in water, dropped, and even hit with a hammer.

The Samsung Galaxy S5 is designed to be placed in water for up to 30 minutes, and in a previous video we saw that the Galaxy S5 performed much better than expected in the water proof tests. 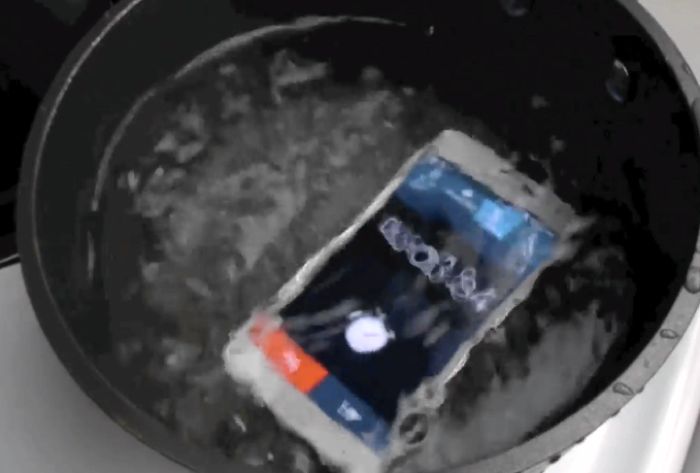 Earlier today we saw the Samsung Galaxy S5 go up against a hammer, and now the same person who attacked the S5 will a hammer, has decided to place the handset in a saucepan of water, have a look at the video below.

As you can see from the video, it is not really a good idea to place you shiny new Samsung Galaxy S5 in a pan of boiling water.