The other day we saw a video of the ultimate water test on the Samsung Galaxy S5, the handset performed really well, and was actually more water resistant than Samsung had announced. 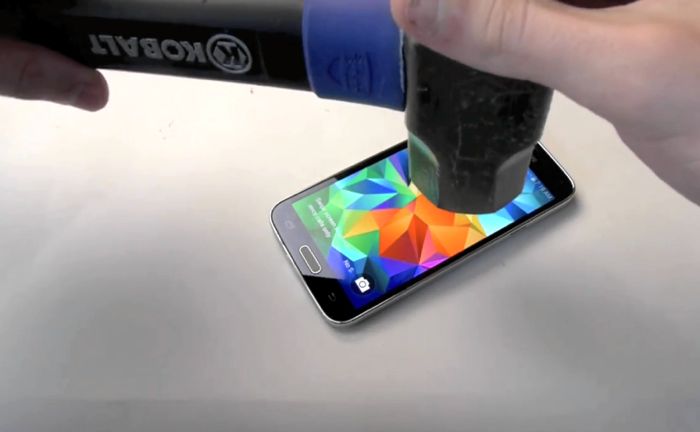 As you can see from the video, it is no exactly a good idea to take a hammer to you Samsung Galaxy S5, as you could end up exploding the handsets battery and totally destroying your Samsung Galaxy S5 in the process, just like the guy in the video.

Obviously this test is a little more extreme than the drop tests on the Samsung galaxy S5, especially with the exploding battery.