We told you earlier this month that EA games would be releasing Rock Band for the Apple iPhone and iPod touch, the good news is that Rock Band is now available from iTunes.

Rock Band for the iPhone and iPod Touch features a multi player mode that lets you play with up to four people over Bluetooth, it also has a built in feature that lets you invite your friends from Facebook to play the game. 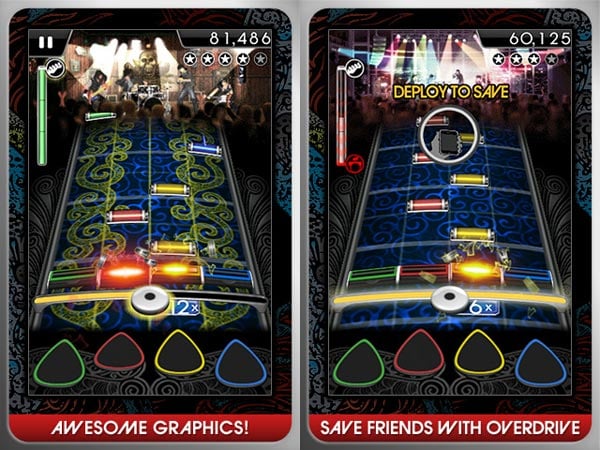 The game comes with a range of songs from the Beastie Boys, Motorhead, Blondie and lots more, and you will also be able to purchase additional tracks as well.

Rock Band for the iPhone and iPod Touch is available now form the US iTunes store for $9.99, it looks like it isn’t available from the UK store as yet.

It looks like Rock Band has now been added to the UK iTunes Store.