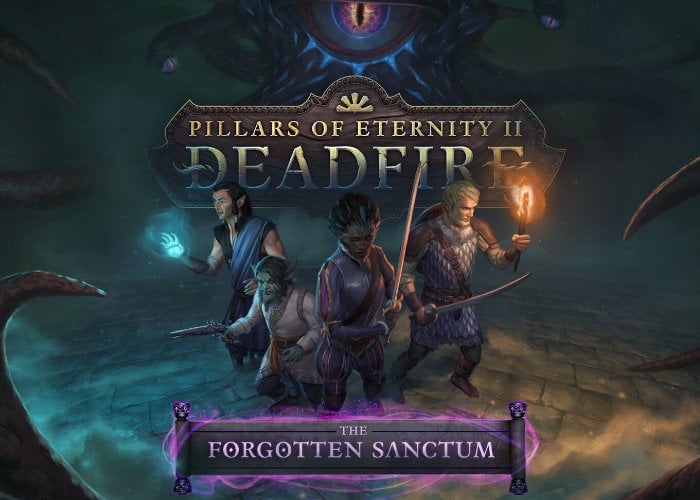 Pillars of Eternity II Deadfire players patiently waiting for the arrival of the new The Forgotten Sanctum DLC awesome sequel will be pleased to know that it will be officially launching in a few weeks time on December 13, 2018. The final major expansion pack for Pillars of Eternity II will be released in conjunction with update 4.0 which in itself adds new quests and “mega bosses”.

The Forgotten Sanctum DLC adds a new adventure to the Deadfire Archipelago as the Archmages of Eora seek the Watcher to assist in keeping a potential catastrophe that looks to be set by a fellow Archmage at bay. With new quests and an immense dungeon to explore, the Forgotten Sanctum awaits those brave enough to enter. Check out the video below to learn more about what you can expect from the latest content from Obsidian Entertainment which was recently purchased by Microsoft.

– Traverse an expansive dungeon built into the flesh of a sleeping god.
– Encounter the highest-level challenges yet faced by the Watcher and their companions.
– Scheme with or defy the wills of Eora’s most powerful wizards.
– Two new mega bosses

“At Gamescom, we got to chat to Game Director, Brandon Adler, about Pillars of Eternity 2: Deadfire’s Season Pass, including the upcoming Seeker, Slayer, Survivor and The Forgotten Sanctum.”

It will be interesting to see what Microsoft has in store for gamers using the two new games studio acquisitions of both Obsidian Entertainment and inXile Entertainment.