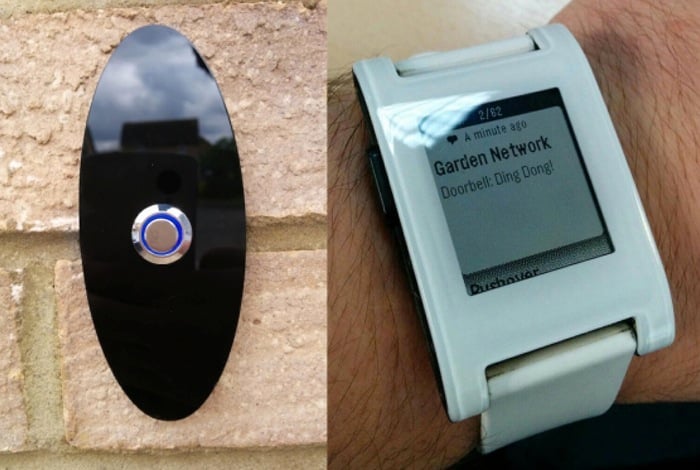 If you own a Pebble smartwatch you might be interested in a new smart doorbell project Daniel Garden has created using a Raspberry Pi mini PC, which sends notifications directly to your Pebble smartwatch when the doorbell is pressed.

Daniel has used a Raspberry Pi Model B mini PC combined with the Pushover app that supports both iOS and Android devices. Together with an Adafruit PiPlate and a EDIMAX Wifi Module both of which are optional to the built.

Check out the quick 10 second video below to see the results of the system and how it sends a notification once the doorbell button has been pressed directly to your Pebble smartwatch device, alerting you to a visitor.