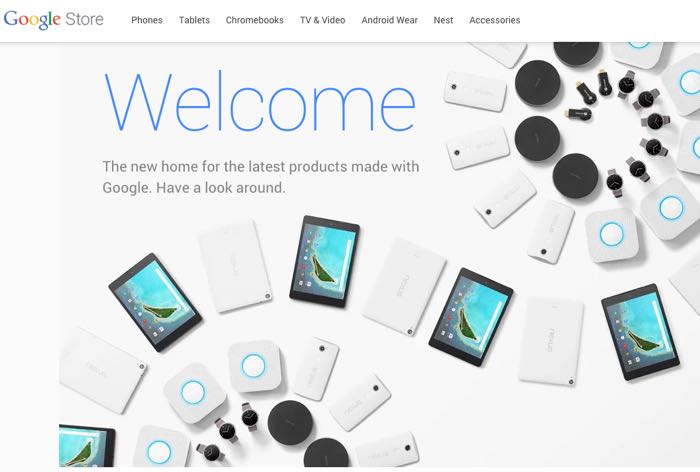 As well as announcing their new Chromebook Pixel, Google also announced the launch of a new store in the US, the Google Store.

We’ve been selling our devices on Google Play for years, but as we’ve added more products to the family, we thought it was time to make it easier for you to learn more about them. So today we’re also launching the Google Store, the new home for the latest devices made with Google.

At store.google.com, you can shop Nexus phones and tablets, Chromecast and Chromebooks, learn more about newer technology like Android Wear, Nexus Player and Nest, and stock up on accessories like cases, keyboards and chargers.

The new Google Store is only available in the US at the moment, the new store replaces the hardware section of the Google Play Store, Google has not announced when the new store will be launched in other countries, you can find out more information at the link below.