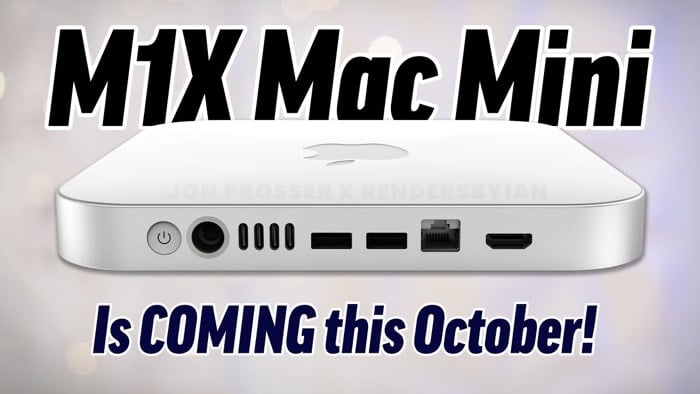 Back in May we heard some details and saw some renders of the new Apple M1X Mac Mini and now we have some details on when it will launch.

According to a recent report by Max Tech, the new M1X Mac Mini will be launching in October at Apple’s Mac press event.

Apple are rumored to be holding a press event in October to launch some new Macs including the new iMac 32 inch and the new 14 inch and 16 inch MacBook Pro notebook.

Now it would appear that Apple is also going to launch their new updates Mac Mini, the device is expected to come with a new design as well as the new faster Apple Silicon processor.

Apple’s new processor will either be called the M1X or the M2, this will be an updated and faster version of the new M1 processor that Apple launched last year.

We are looking forward to finding our more details about the new Apple Mac Mini, as soon as we get more details on the device, we will let you know.