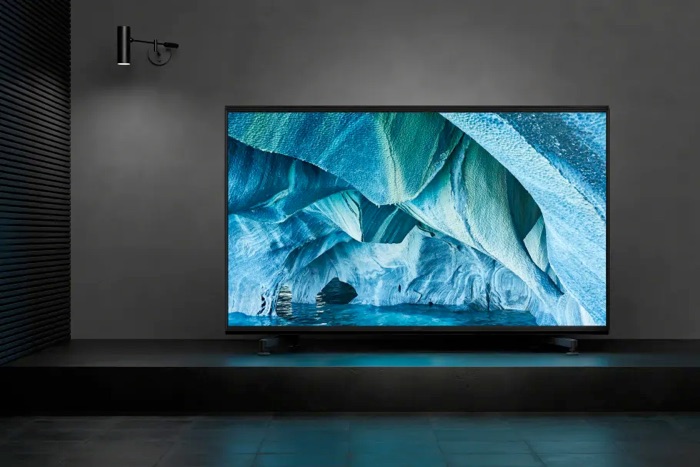 Sony has revealed that it will start selling its new 98 inch and 85 inch versions of it Sony 8K TVs in June and the company is now taking pre-orders of these new TVs.

The MASTER Series ZG9 8K HDR Full Array LED TVs feature the latest generation Picture Processor X1™ Ultimate for accurate detail and contrast. This processor plays a vital role in delivering the high-quality picture in the MASTER Series. The Picture Processor X1 Ultimate has a unique algorithm specially developed for 8K that can intelligently detect and analyse each object in the picture resulting in exceptional detail and contrast for a more realistic picture that more accurately represents the creators’ intent. Premium quality sound is a key part of the viewing experience as well, and the ZG9 models feature the new Sound-from-Picture Reality which faithfully reproduces the position of the sound on the screen so when actors are speaking, the sound appears to be coming directly from their mouths and not from a speaker off to the bottom of the TV.

You can find more details about the new 85 inch and 98 inch versions of the Sony 9K TVs over at their website at the link below.