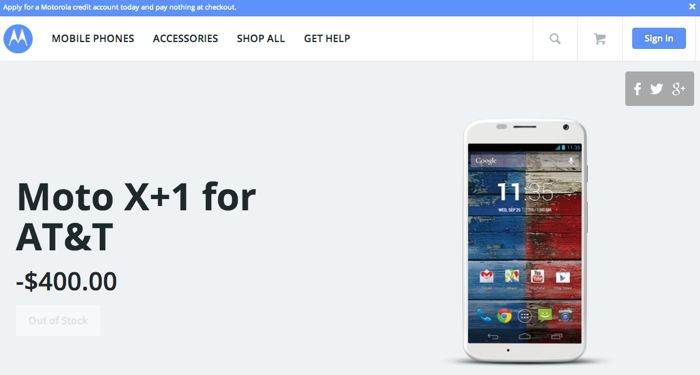 The device first appeared on Motorola’s website a couple of weeks ago, and now according to @evleaks, the handset will be headed to the four major mobile carriers in the US.

Motorola Moto X+1 goes by codename Victara, and — no surprise here — is slated for sale by all four national carriers.

So it looks like Motorola will be launching the new Moto X+1 on Sprint, AT&T, T-Mobile and Verizon Wireless in the US, of course this has yet to be confirmed.

As yet we do not have any information on what updates over the original Moto X the new Motorola Moto X+1 will come with, as soon as we get some more information on the handset, we will let you guys know.