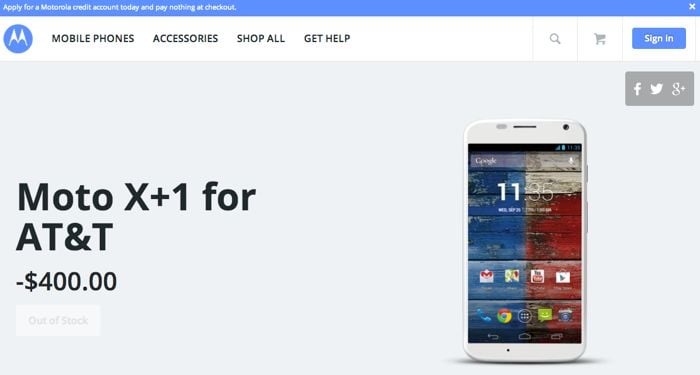 Last week the new Motorola Moto X+1 briefly appeared on Motorola’s Moto Maker website, and now the device has turned up on Motorola’s main website, with a price tag of -$400.

The handset was spotted by a number of Reddit users, who managed to get some screenshots of the device, before it was taken down from the Motorola website.

As yet we do not have any specifications on the new Motorola Moto X+1, although we can expected the handset to get a number of upgrades over the original Moto X. 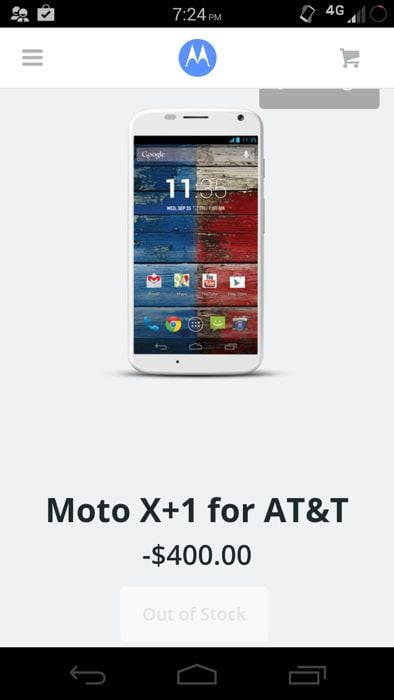 Motorola are holding a press event on the 13th of May, and the company is expected to make the new Motorola X+1 official and also their new budget Android smartphone, the Moto E.

We are also expecting Motorola to release more information about their new smartwatch at the press event, the Motorola Moto 360, and hopefully we might actually get to find out some specifications on the device.