Makers and developers that enjoy building projects using either the BeagleBone Black or Raspberry Pi mini PC might be interested in a new peripheral motherboard called the MotherBone PiOne which has been designed by APlus Mobile.

The MotherBone PiOne peripheral motherboard has been designed to provide safe I/O expansion for Linux based systems. Watch the video after the jump to learn more. 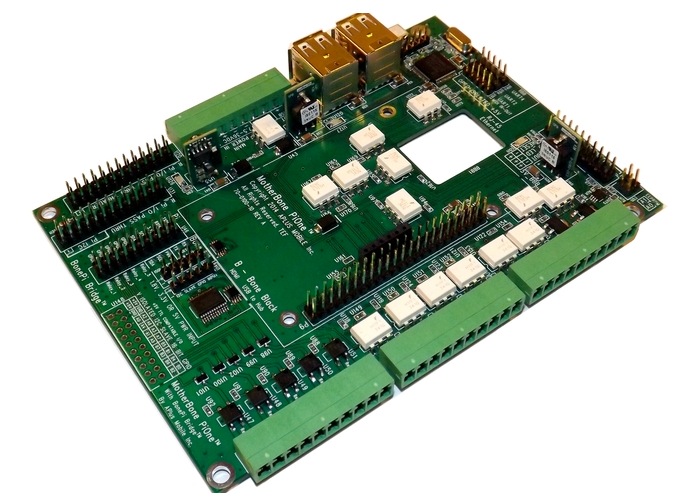 “We were evaluating BeagleBone Black and Raspberry Pi for low cost control systems when we discovered that the modules, as shipped, were fundamentally unusable for anything other than connecting to your PC and programming.

We created a multi-tool: an all-in-one 3.5″ peripheral voltage isolating motherboard for the BeagleBone Black and Raspberry Pi Model B computers and expanded out and isolated all of the default configuration pins that were not being used by BeagleBone Black internal resources.  We also created two different on-board communication links between Raspberry Pi and BeagleBone Black for advanced control functions.  Now you are able to run both modules individually or simultaneously in the real world.”