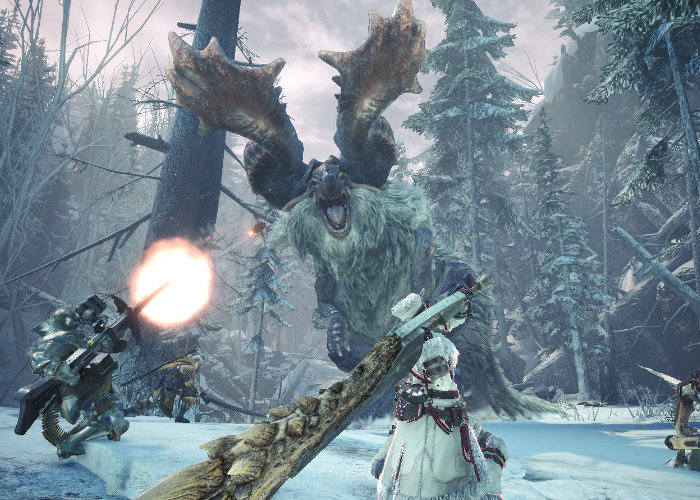 Ryozo Tsujimoto Producer at Capcom has taken to the official PlayStation blog this week to reveal more details about the Monster Hunter World Iceborne release and confirm its launch date. Check out the announcement trailer below to learn more about what you can expect from the latest expansion, Monster Hunter World Iceborne that will be releasing worldwide on PS4 on 6th September 2019.

“A new world awaits, with more powerful monsters, and challenging master rank quests! Your mission: to investigate an unexplored locale.The Research Commission ventures out into a new ice-cold region known as the “Hoarfrost Reach.” This new region is completely unexplored, so discovering new monsters and endemic life will be one of the Commission’s most important goals.”

“As seen in the trailer, the Hoarfrost Reach is the new locale featured in Iceborne. This glacial area will feature its own harsh ecosystem. It’s a little cold out there, so you’re definitely going to want to stock up on Hot Drinks! Here you’ll face off against the dynamic stampeding Banbaro and the snow-plowing Beotodus who inhabit this area. Fan-favorite monsters from previous entries in the Monster Hunter series are also making their return: One of them is Nargacuga, a nimble foe whom I’m sure gave many hunters headaches back in the day.”

For more information jump over to the official Monster Hunter World Iceborne website.