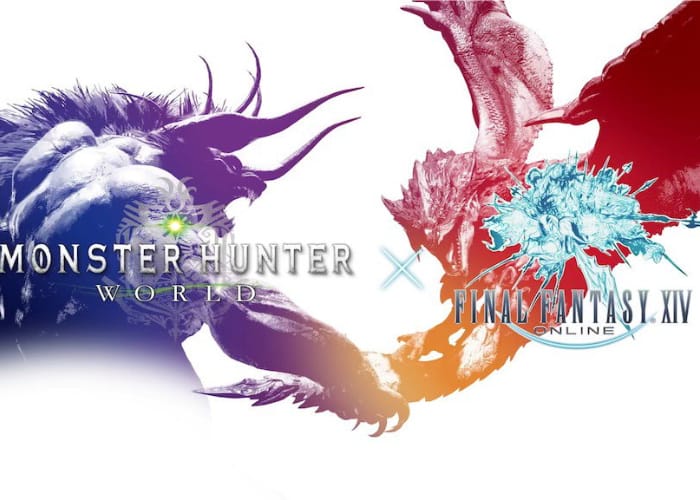 Monster hunters of the world looking forward to the new content that will be arriving on August 1st, 2018 are sure to enjoy this new Monster Hunter World Behemoth update trailer to wet your appetite ahead of the arrival of the Behemoth DLC.

Capcom has confirmed the release date for the new Final Fantasy XIV collaboration update for Monster Hunter: World Behemoth announcing it will be launching on August 1st @ 5:00 p.m. Pacific or 8:00 p.m. Eastern. Monster Hunter World is currently available to play on both the Xbox One and PlayStation 4. Monster Hunter World will be officially launching on PC just a few days later on August 9th, 2018. The game’s PC version will support up to 4K resolution, as well as 60FPS performance. “Brave Hunters and Warriors of Light, take up arms! The legendary Behemoth from Final Fantasy XIV storms into the New World”

Those of you that preorder the PC version of Monster Hunter World have a choice of editions providing the following bonus content :

Origin Set
The Origin Set armor is a nostalgic must-have for series fans.
This full armor set (head, chest, arms, waist, and legs) comes with enough defense to carry you through the early quests, and also features plenty of skills useful for gathering.
Fair Wind Charm
The Fair Wind charm carries a skill that increases your attack power, and one that adds a chance of reducing the damage you take. The charm also has a nice visual impact, as equipping it will add a glowing aura effect to your left arm!
There’s also a Digital Deluxe Edition, which includes:

Samurai Set
Layered armor sets will change the look of your armor without changing the properties underneath. Equip this Samurai set over your favorite armor to take on the striking appearance of a feudal Japanese samurai warrior!
Note : No weapons are included with this set
Gesture: Zen
Gesture: Ninja Star
Gesture: Sumo Slap
Enjoy three new amusing gestures you can use when interacting with other players in the game.
Sticker Set: MH All-Stars Set
Sticker Set: Sir Loin Set
Fun stickers you can use when chatting with other players in the game.
Face Paint: Wyvern
Add a new face paint for character customisation in Monster Hunter: World.
Hairstyle: Topknot
Adds a new hairstyle for character customisation in Monster Hunter: World.