Towards the end of last month Microsoft announced a concept car is was creating with help from West Coast Customs to inspired developers to build apps and automotive technologies for the future.

The project uses a 2012 Ford Mustang that looks like a 67 Mustang fastback. Now the finished car has been showcased by West Coast Customs showing exactly what gone inside Microsoft’s Mustang. 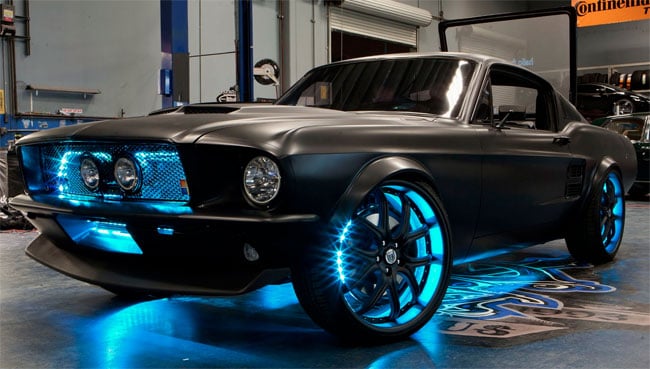 The video below show all the customisation that have been carried out on Microsoft’s Mustang from dashboard tablets, Xbox 360 consoles to rear projection display.

Using a Microsoft Windows smartphone you can keep tabs on the car’s location even when it is out of sight. Locate, unlock, and start the car all from the Viper SmartStart app. You can view more details about the customisation within the Mustang over at the Channel 19 website.