Microsoft has announced one the coolest projects I’ve ever seen come out of the software giant called Project Detroit. The project is a concept car at intended to inspired developers to build apps and automotive technologies for the future. The project uses a 2012 Ford Mustang that looks like a 67 Mustang fastback. 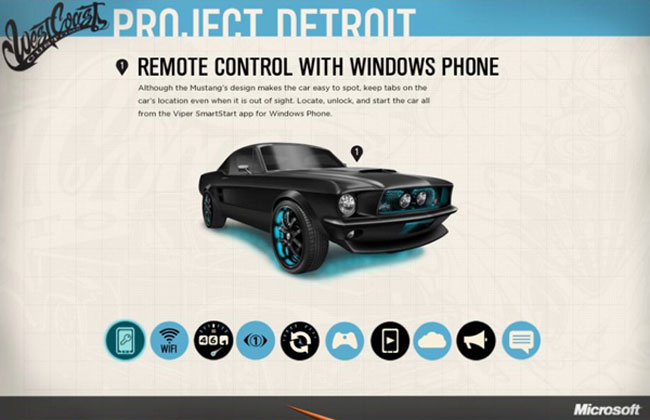 It’s not clear how exactly the car was made to look like in 1967 fastback Mustang, but it looks pretty good on the outside to me other than all the glowing lights. The car is packed full of technology including Ford Sync, Kinect, Xbox 360, Windows 8, control via Windows Phone, access to Windows Azure and more.

The project is being performed in cooperation with West Coast Customs and will be chronicled an episode of Inside West Coast Customs March 25 at 6 PM Pacific. The car even gets a digital dash that can be changed on the driver’s whim. This car looks really cool.