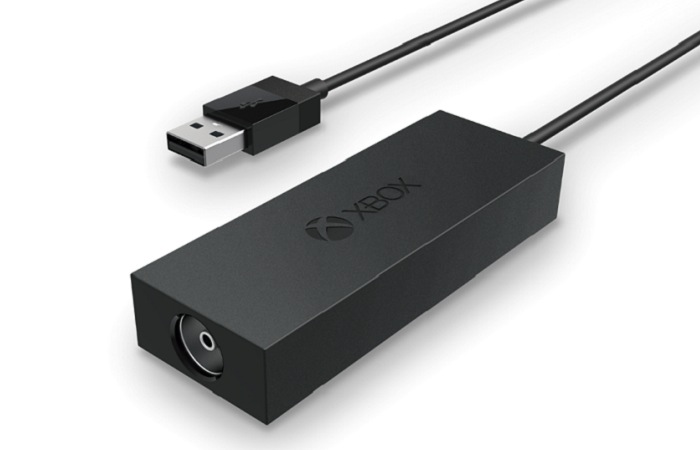 Microsoft has today unveiled details of a new Xbox One digital TV tuner adapter they have created, that will be made available throughout Europe for their next-generation Xbox One enabling owners to transform the Xbox One into a set-top box.

The new Xbox One digital TV tuner will be launching in France, Germany, Italy, Spain and the UK for €29.99 or around $40 and has been designed to plug directly into the USB port of the Xbox One.

Features of the new Xbox One digital TV tuner include the ability to using free-to-air DVB-T, DVB-T2, and DVB-C television standards, as well as pause live TV and watch TV using the Xbox One Snap mode. Full Xbox One Digital TV Tuner features include :

– Watch HD TV on Xbox One: With the Xbox One Digital TV Tuner, you can watch free-to-air DVB-T, DVB-T2 and DVB-C television channels without changing TV inputs. You can receive game invitations and notifications while watching TV and even watch TV while you wait for a multiplayer match to start.

– TV Viewing in Snap Mode: You can watch TV using the Snap mode, watching TV on the side and leaving the main screen for games, Skype, or other applications.

– Pause Live TV: Pause your favorite show when you get up to take a break.

– TV Listings in the OneGuide: TV listings will be available in the OneGuide. From anywhere, say “Xbox show guide, what’s on BBC One?” to quickly navigate directly to that channel’s listings.

– Channel Tuning by Voice: The OneGuide allows you to call out your favorite TV channel by name and start watching it instantly.

– TV On Demand: TV listings in the OneGuide will indicate which shows are available on demand from video apps.

For more information on the new Xbox One Digital TV Tuner jump over to the Xbox Wire website for details.