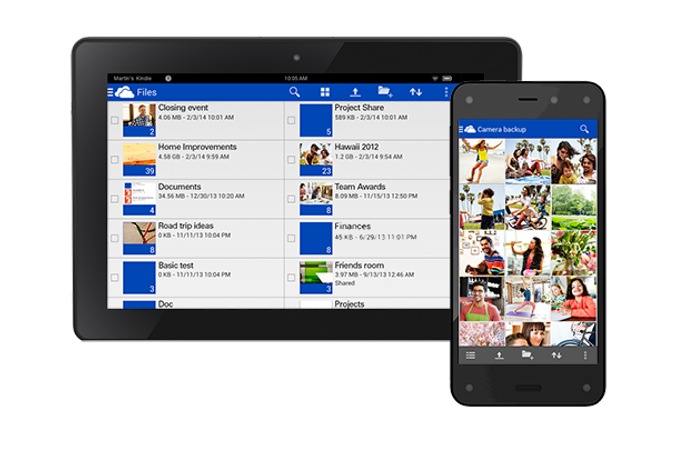 Microsoft has today announced the launch of their Microsoft OneDrive app on to Amazon’s Fire Phone and Kindle Fire tablets, enabling owners to now store, view, and share their favourite photos and documents directly from their mobile devices.

Following on from the recent launch of the Microsoft the OneNote app, which provides Amazon Kindle Fire and Fire phone customers the ability to capture, organise, and share notes.

Microsoft OneDrive previously known as SkyDrive now enables Amazon device owners to store documents and photos within Microsoft’s cloud storage and access them from either desktop systems or mobile devices. Microsoft has also made their OneDrive cloud storage service available via its suite of Office applications. Microsoft explains :

“With OneNote and OneDrive, these users will have access to their notes and files and the ability to be more productive while on the go. OneDrive is now everywhere that matters to you – from PCs to Macs, Android, iOS and Windows phones and tablets, and now on your Kindle Fire and Fire phone.”

Microsoft’s OneDrive application for the Amazon’s Fire Phone and Kindle Fire tablets is now available to download from the Amazon App Store, and once installed will allow you to store your documents and photos from your mobile device easily in the cloud and share them with colleagues and friends.