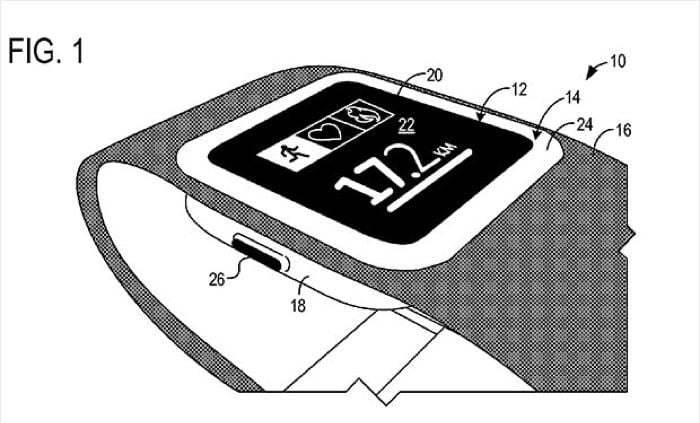 A number of companies are working on smart watches, Motorola will launch the Moto 360 this year, and Apple are rumored to be launching the Apple iWatch, and now we have some details on the Microsoft Smartwatch.

A patent filing for the Microsoft Smartwatch has been discovered by the guys over at Patent Bolt, and the patent filing also revealed some details about the device.

According to the filing, the Microsoft Smartwatch is designed with fitness tracking in mind, and it will monitor things like heart rate, calories burned and more with a range of built in applications.

The device apparently features a central module that can be removed from the watch and then put into other devices, like other fitness gadgets.

The Microsoft Smartwatch that was revealed in the USPTO patent filings will also come with a dock, than the central module can be docked with, we presume this can then be docked with your PC to download fitness data.

As yet there are no details on when Microsoft will launch their smartwatch, as soon as we get some more information, including some actual photos of the device, we will let you guys know.