We have featured a number of different smartwatches here on Geeky Gadgets over the past twelve months, including the popular Pebble smartwatch, which gained enormous backing from the Kickstarter website.

Now MetaWatch have launched a new smartphone called the Strata on the Kickstarter website hoping to raise enough pledges to help it make the jump from concept to production. 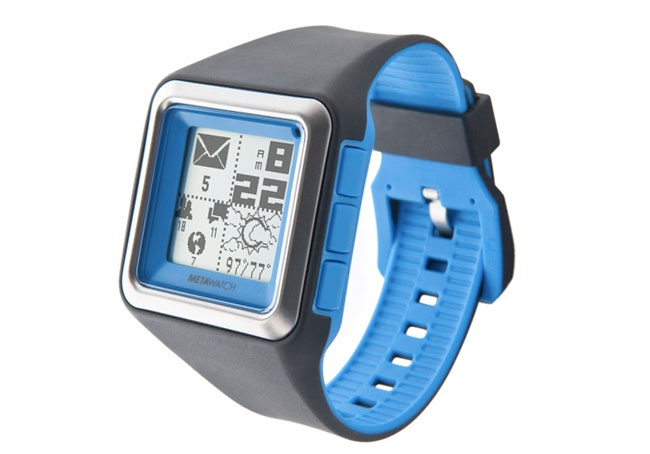 The Strata smartwatch has been designed to link and work in conjunction with your smartphone using Bluetooth 4.0 technology. Enabling users to be able to control their iPhone 4S or Android smartphone via their wrist.

The MetaWatch Strata smartwatch has been created to provide you with the ability to check messages and see who’s calling without the need to see your smartphone. Other features include the ability to control music, view weather forecasts, stock quotes, Facebook and Twitter notifications together with the ability to use integrated running and cycling applications.

“Hackers and product developers are welcome! The embedded watch code is open source so you can create your own native watch code for experiments, proof of concepts, maybe even launch your own product using MetaWatch as your platform!”