Lotus is going to introduce a number of new cars at next months Paris motor show one of which being this beautiful Lotus Hybrid V8 Elite Supercar.

The new hybrid has an optional hybrid package, where energy is captured and applied using flywheel technology similar to that used on Formula One cars. 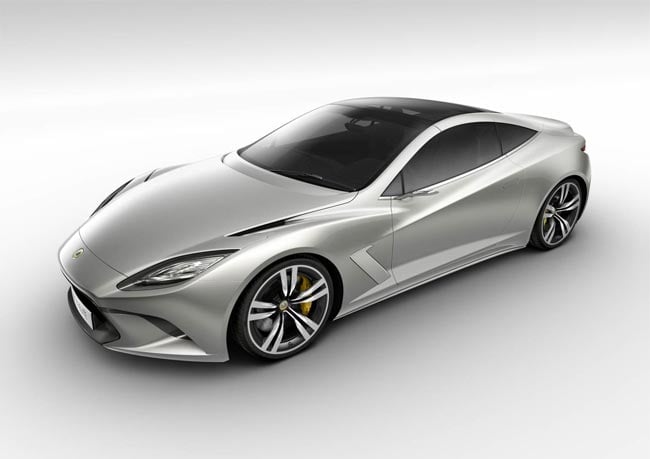 The new Lotus Hybrid V8 Elite is a four-seat, front-mid-engine coupe with a retractable hardtop and shows the strong relationship Lotus have with the Toyota Motor Company, which supplies engines for the Lotus Elise and Evora.

The Elite, scheduled for production in early 2014, borrows a 5-liter V-8 engine rated at 620 horsepower from Toyota’s luxury subsidiary, Lexus. When it does go on sale it should sell in the United Kingdom for around about £115,000 roughly $180,000.