iRiver has announced a new touchscreen PMP, the iRiver P7. 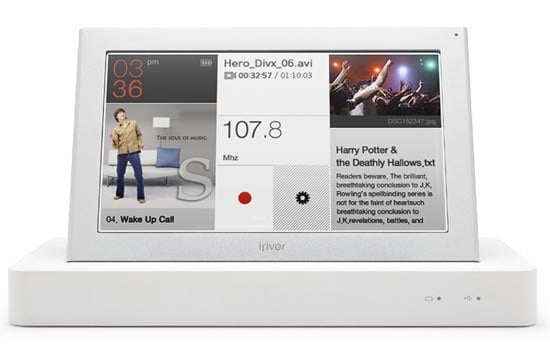 The iRiver P7 features a 4.3 inch touchscreen display, and it will come with a choice of storage options including 4GB, 8GB and 16GB nNand Flash drives, which makes it considerably slimmer that other PMP’s with standard hard drives.

The iRiver P7 will playback video, music, photos and also has a built in FM tuner, so you can listen to your favourite radio station, on top of that there is a built in voice recorder.

Battery life comes with up to 50 hours of continuous audio playback, and it features a built in equalizer with 7 different presets.