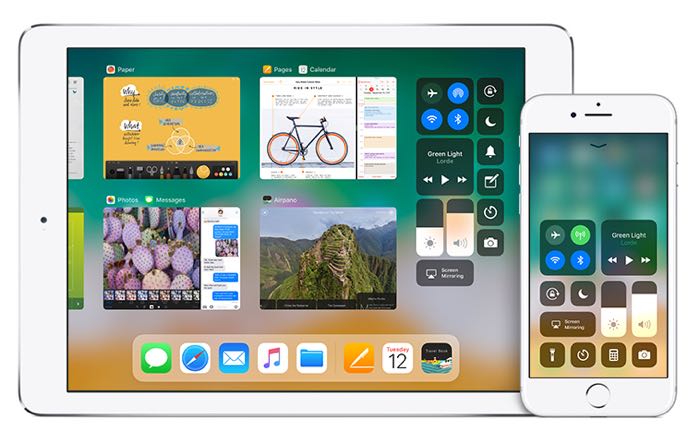 Apple has updated its iOS distribution and the company has revealed that iOS 11 is now installed on 52% of Apple devices. The figure is up until the 6th of November 2017 and includes all versions of iOS 11, including the latest iOS 11.1 that launched recently.

The figures have also revealed that 38% of iPhone and iPad users are still running iOS 10, the remaining 10% is on older devices, many of these may not be able to upgrade to the latest version. Adoption of Apple’s new iOS has been slower than that of iOS 10 last year. 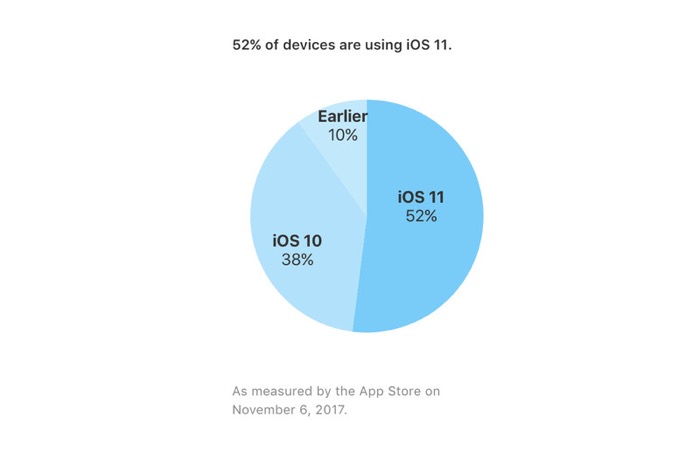 We have seen some videos of iOS 11.1 vs iOS 10.3.3 which have shown that the older version of the software appeared to be faster on some devices. This could possibly be putting some people off from upgrading. The latest release of iOS comes with an important security update that patches a potential vulnerability with WiFi known as KRACK, so it would be a good idea for people to update their devices to this version.

Apple are also going to be releasing the iOS 11.2 software update soon, this will bring the new Apple Pay Cash feature to the iPhone and iPad. This could encourage iPhone and iPad users who have yet to update their devices to upgrade.