Now, some more images of the components of the alleged iPhone 6 were spotted online. The images were picked up by the folks at NoWhereElse which reveals the batteries that will be used in the purported iPhone 6. 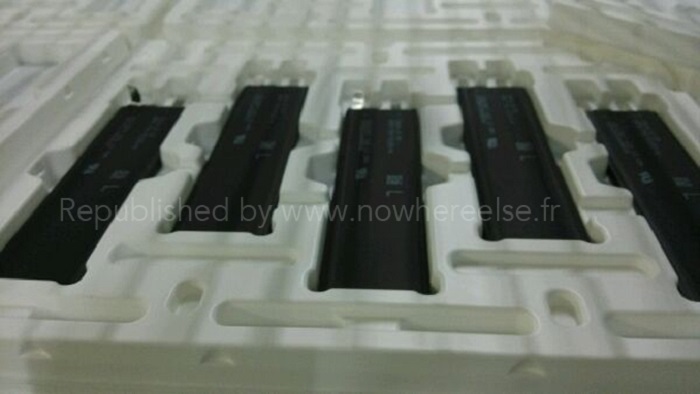 The images show the batteries which will be used on the alleged iPhone 6. Although there’s no way to confirm the authenticity of the images, but they do look quite similar to the ones used in the current generation iPhone. There are a few notable differences, as spotted by NWE, including the new position of the connectors, as well as a change in the internal design for improved housing of the battery.