Earlier today, we saw some leaked images of the drawings of the alleged iPhone 6, which were leaked from inside Foxconn on Weibo, the Chinese Twitter alternative.

Now, we have some more leaked images of the aluminum which will be used in the production of the purported iPhone 6. According to the leaked image, it measures 64 x 138mm, and this means it might come with a 4.7-inch display. 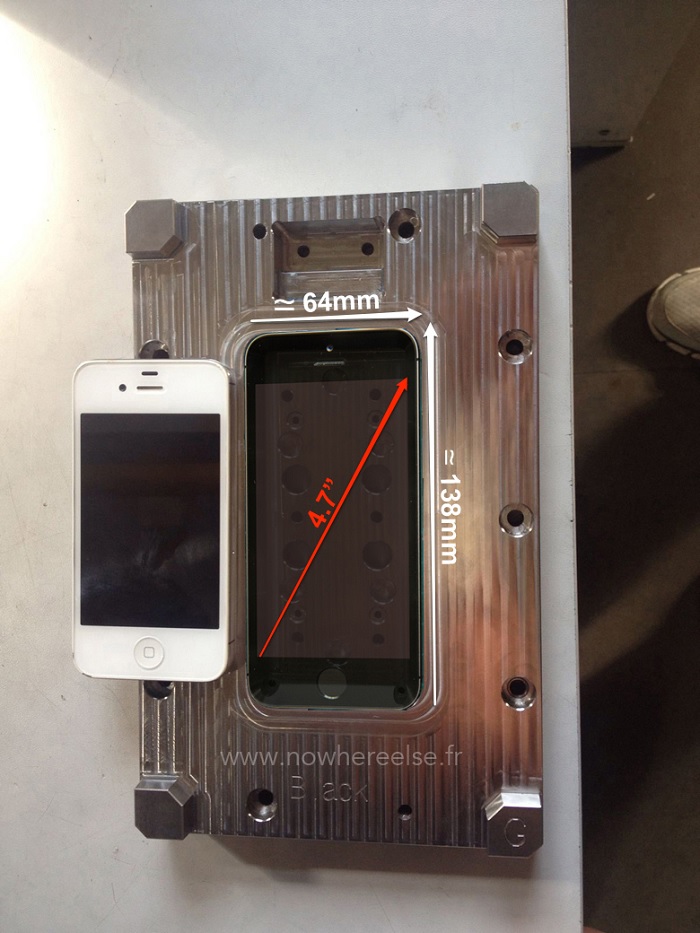 Before we go into a little detail of the leaked images, keep in mind this is just a rumor, and there’s no way to confirm if the images are really from Foxconn or not. But, if its legit, the upcoming iPhone could come with a 4.7-inch display, which is something we’ve heard countless number of times in the past.

Apple is also rumored to launch a phablet-sized iPhone with a screen size of 5.5-inch or 5.7-inch, but it may not launch alongside the 4.7-inch version, according to a number of rumors.

The alleged iPhone 6 is expected to come with ultra retina display, A8 processor, and sapphire glass display. There’s no solid proof about its existence, and there won’t be until Apple officially announces the handset itself.

We’ll update you as soon as anything else pops up. Until then, have your say on these leaked images.