Another day, some more iPhone 6 rumors, and today we have a photo which is rumored to be of the front panel of Apple’s new iPhone 6.

The photo below shows an iPhone 5S next to what is reported to be the iPhone 6 front panel, and as you can see from the photo, it is considerably larger than the iPhone 5S. 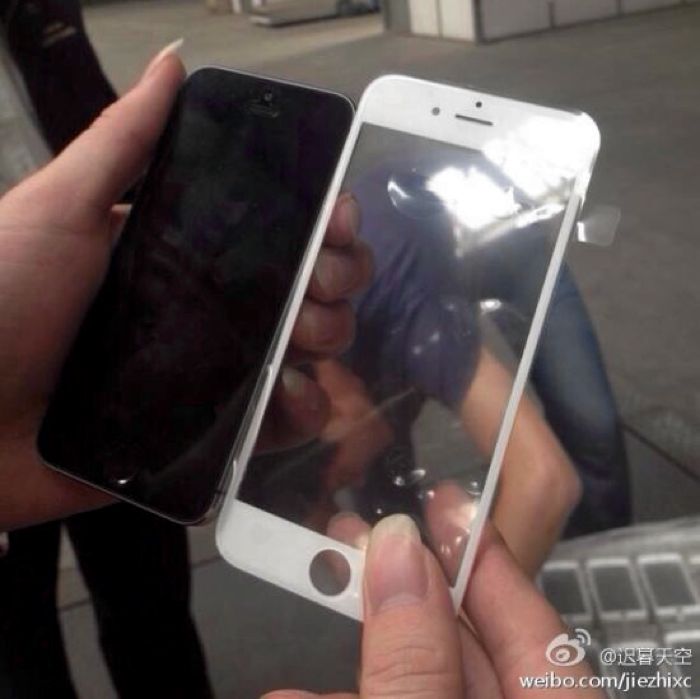 The photo of the alleged iPhone 6 front panel was posted on Weibo, and this is said to be the front panel for the 4.7 inch version of Apple’s iPhone 6.

The iPhone 6 is said to come in two different sizes, one with a 4.7 inch display which will apparently launch in September, the other with a 5.5 inch or 5.7 inch display that will launch later in the year.

The iPhone 6 will come with Apple’s second generation 64-bit mobile processor, the Apple A8, it will also come with a new version of Apple’s mobile OS, Apple iOS 8, this is expected to launch in September along with the iPhone 6 and the Apple iWatch.

We are expecting the display of the iPhone 6 to come with sapphire glass, this is something that Apple is also apparently using for the Apple iWatch display.