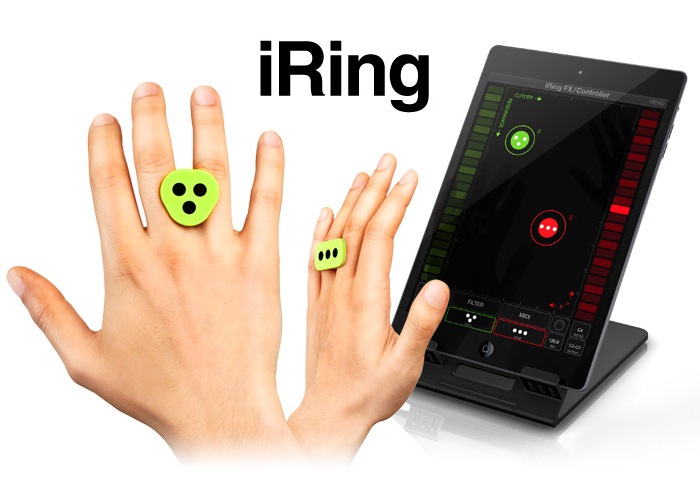 Musicians and DJs patiently waiting for the launch of the IK Multimedia iRing motion controller, first unveiled back in CES 2014 in January. Will be pleased to learn that it is now available to purchase for €19.99 and is available in a range of colours including white, grey and green.

The IK Multimedia iRing motion controller has been designed to enable users to control iOS music applications and effects without having to physically touch their iOS devices.

The iRing as you might have guessed by the name supports all Apple iOS devices including the iPhone, iPad and iPod touch, and the innovative iRing motion controller uses patented image recognition technology. As well as precise geometric positioning to determine the exact position of the ring as the user makes gestures in front of the iOS device. To see the iRing in action and to learn more, watch the video below.

“The iRing app uses the front-facing camera on your device and advanced volumetric positioning algorithms to recognise and determine the exact position of the ring in relation to the selected device camera. This precise reading of the position of the ring is converted by the app into music or MIDI control messages. So in essence, iRing and the iRing companion apps track your movements and convert them into useful info your apps use to change things.

Because movements can be recognized along the three axis, with two rings you can control up to six parameters simultaneoulsy. On top of movements also certain gestures are recognized (like the rotation of the ring) greatly enlarging your music expression possibilities.”

For more information on the new iRing motion controller jump over to the IK Multimedia website for details and to order for $19.99.