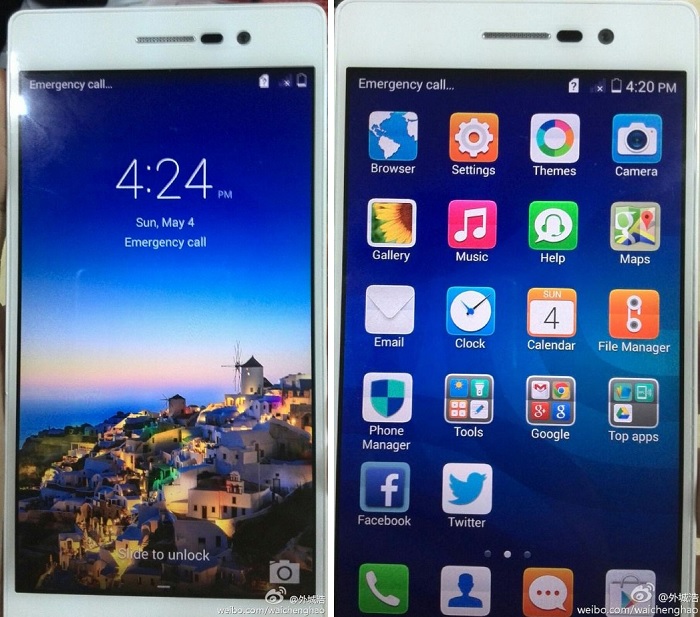 We’ve seen a number of leaked images and specifications of the alleged Huawei Ascend P7 in the past few weeks. Recently, we saw some images of the device, showing it from different angles.

Now we came across some more images of the purported Huawei Ascend, showing the design from all angles, as well as the homescreen interface of Huawei’s Android skin.

The image surfaced from Chinese social networking website Weibo which revealed the design of the device, which we’ve already seen though. Here are some more images of the device:

As for the specifications, it is expected to come with a 5-inch display sporting a resolution of 1920 x 1080 pixels, and should come with a quad-core 1.8GHz Kirin 910T processor under the hood. The purported device also comes with 2GB of RAM and 16GB of internal storage with a microSD card slot.

Other features include 13MP camera for photos and videos, as well as a 2MP front facing camera, a 2,500 mAh battery and should come with Android 4.4.2 Kitkat with Emotions UI on top of it.

The handset is rumored to see the light of the day in a press event on May 7th in Paris. We’ll update you as soon as it gets official.