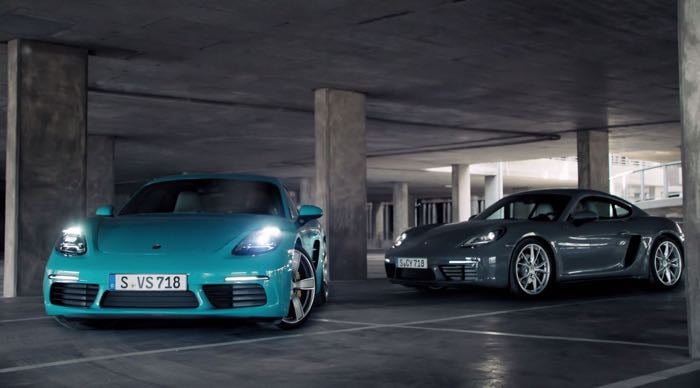 Earlier today the new Porsche 718 Cayman was announced and now Porsche have released their first official video of the new Cayman.

In the video below we get to see the new Cayman and Cayman S in action and also get to hear their new engines.