It would appear that there are plans to add new features to the Google Chromecast home screen, a new feature, which was discovered by Redditor asjmcguire, will bring weather and more to the home screen on the Chromecast.

The photo below was put together by TechCrunch, and gives us an idea of what the weather could look like on the home screen. 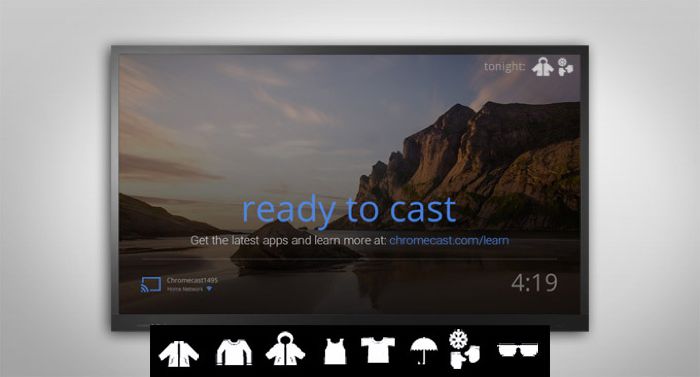 As you can see from the photo, the weather would be displayed with individual icons, with an umbrella for rain, a coat for cold and so on.

Another new feature that may also be headed to the Chromecast home screen is the ability to use custom wallpapers, on top of the ones that Google provides. 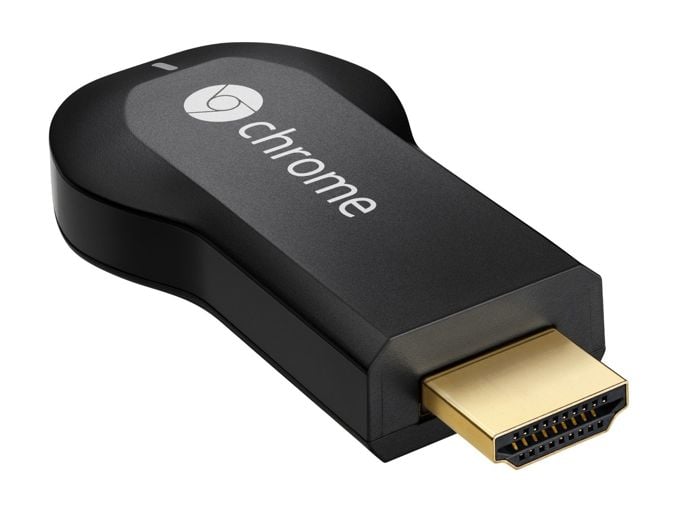 Google could decide to add a number of other features to the Chromecast home screen in the future as well, although these are the only ones that have been revealed so far.

The Google Chromecast has been an incredibly popular device for Google, the company announced a while back that they had sold ‘millions’ of units of the device.