We love geeky cakes here at geeky gadgets, but what happens when your cake order goes wrong? You get one of these USB drive cakes. 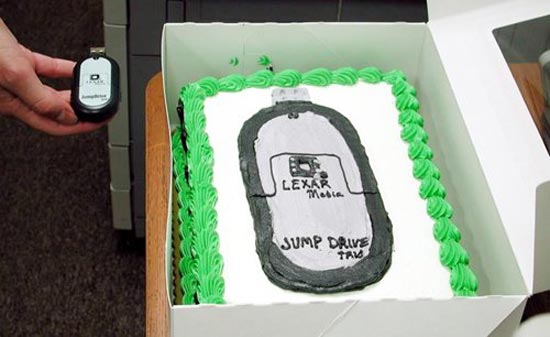 Elisabeth R. ordered a cake for her bosses birthday in the office, they wanted a photo of their boss on a cake , so the sent the photo over to the bakery on a USB drive.

When they went to pick up their bosses birthday cake they were more than a little surprised to have a cake which featured their Lexar Jumpdrive Trio flash drive that they sent the pictures on, at least they have a funny story to tell their boss.