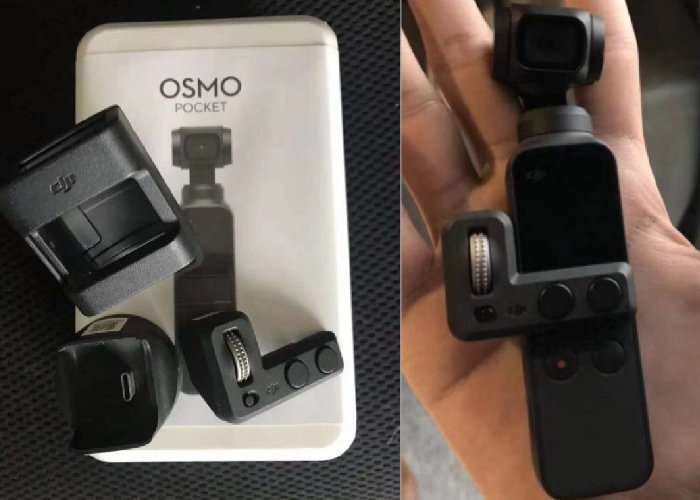 Before any official announcement by DJI, images have been leaked this week of a new DJI Osmo Pocket action camera which is sold complete with camera stabilisation gimbal system. From the small amount of information that is available with the images it seems that the DJI Osmo Pocket camera will be able to capture 12-megapixel stills and 4K video at up to 60 fps thanks to its 1/2.3-inch sensor.

Its thought that the new Osmo Pocket action camera from DJI will be priced at around $400 and may also come equipped with a zoom lens thanks to its resemblance to the DJI Mavic 2 Zoom.Unfortunately, no information on worldwide availability has been released as yet, but as soon as information comes to light via sources close to the action or officially from DJI, we will keep you updated as always. 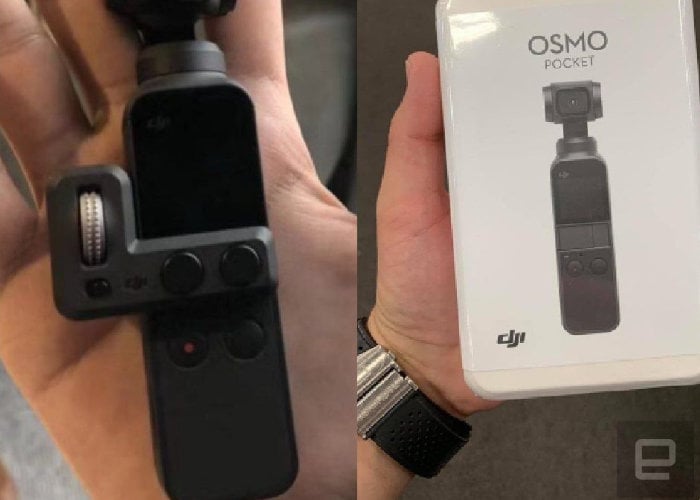 DJI is holding a press conference later today on November 28th, 2018 at its “Because Life is Big” event in New York starting at 2PM ET. As soon as more details are announced for the Osmo Pocket camera will keep you informed.