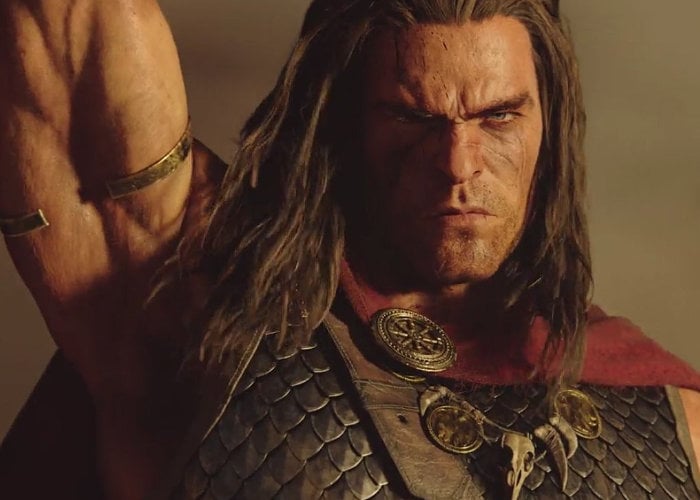 Conan Unconquered the new real-time strategy game based in the Conan universe and created by Petroglyph Games, will be officially launching on PC systems in a few months time on May 30th, 2019. Check out the teaser trailer below to learn more about what you can expect from the mechanics of the game from the team who have created it and previously worked on strategy games such as Command & Conquer Star Wars: Empire at War, on Grey Goo and on Forged Battalion.

Now available to preorder Conan Unconquered as available as both a standard and deluxe edition with the Deluxe Edition including the base game and Kalanthes, an in-game hero unit focusing on spell-casting, Mystery in-game hero unit (to be revealed), Digital game soundtrack and exclusive Conan Unconquered eBook by Scott Oden, based on the original Conan short story Black Colossus.

Conan Unconquered offers both single player and cooperative multiplayer allowing you to join up with a friend or stranger to battle the oncoming hordes and manage your resources together to be victorious.

“Conan Unconquered is a real-time survival strategy game set in the barbaric world of Conan the Barbarian where you must build your stronghold and assemble an unconquerable army to survive the savage hordes of Hyboria. Manage resources such as food, gold, wood, and iron to fuel your expanding stronghold. Construct a variety of different buildings from housing to temples and military barracks. Build defensive walls around your stronghold and equip them with traps such as oil cauldrons to keep attackers at bay.

Battle wave after wave of increasingly more difficult enemies coming to destroy your stronghold, from lowly footmen to experienced elites and mighty siege weapons. Giant snakes and scorpions, spearmen, necromancers, and flying demons will arrive in vast numbers to see your home burn to the ground.”