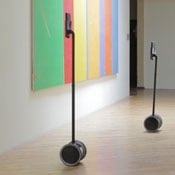 Double Robotics has created an awesome new style of telepresence robot called the Double, that uses an Apple iPad to create the two way communication and power the controls. The Double is equipped with two wheels ate its base and holds the iPad at eye level (40" - 60" above the ground) allowing you to engage with others just as if you were there. Watch the video after the … END_OF_DOCUMENT_TOKEN_TO_BE_REPLACED 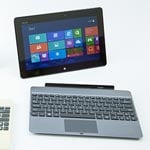 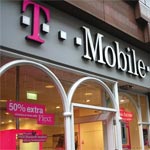 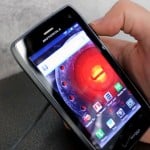 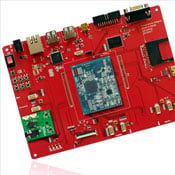 Korean company InSignal, has this week released details of their latest creation the Origen 4 Quad development board which is set to replace the Origen board Samsung Exynos 4212. The latest Origen 4 Quad board is based on the Exynos 4412 quad core Cortex A9 processor, the same as the one in the Samsung Galaxy S III smartphone, and should be available to purchase for around … END_OF_DOCUMENT_TOKEN_TO_BE_REPLACED 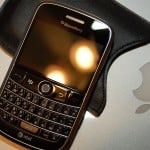 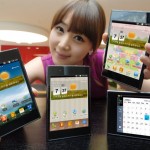 The LG Optimus Vu was launched in South Korea back in March, we have been hearing rumors that the device will launch in the US, and recently saw a leaked photo of the handset for Verizon Wireless. Now it would appear that The LG Optimus Vu will launch in the US in September, and it looks like it will be headed to Verizon and AT&T, although no exact launch dates have been … END_OF_DOCUMENT_TOKEN_TO_BE_REPLACED 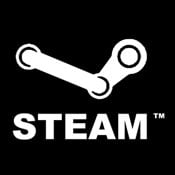 Steam network gamers might be interested to learn that Valve is rolling out new updates to its Steam Community this week over four days, starting Monday through to Thursday. Yesterday Valve rolled out the first major update "Game Hubs" to the Steam Community. Which has been created by Valve to provide gamers with collections of gaming discussions, workshop items, … END_OF_DOCUMENT_TOKEN_TO_BE_REPLACED 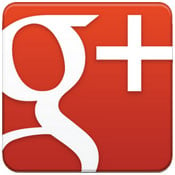 Google has this week added a new Studio Mode to its Google Hangouts, which has been created to provide bands with a way of using Hangouts to perform live to fans, and sound more like they are on the Stage., and make huge improvements to the audio quality through Google Hangouts. The new Google Studio Mode Hangout feature has been designed by Google to optimise your Google … END_OF_DOCUMENT_TOKEN_TO_BE_REPLACED 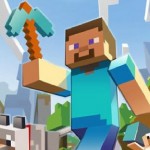 Mojang has announced on Twitter that they have sold over 7 million copies of Minecraft for the PC, this follows on from the news that 3 million copies of the Xbox version had been sold recently. This means that Minecraft has now sold more that 10 million copies across various platforms, and this doesn't take into account the mobile versions of the game. … END_OF_DOCUMENT_TOKEN_TO_BE_REPLACED 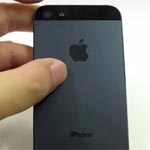 We have been hearing more and more about Apple's iPhone 5 over the last few weeks, with a number of photos leaked of various parts of the device, we have also heard that Apple intends to announce the iPhone 5 on the 12th of September. It looks like the 12th of September could possibly be the correct date for the iPhone 5 announcement, as the guys over at the BGR have … END_OF_DOCUMENT_TOKEN_TO_BE_REPLACED 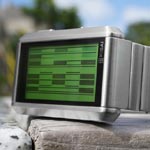