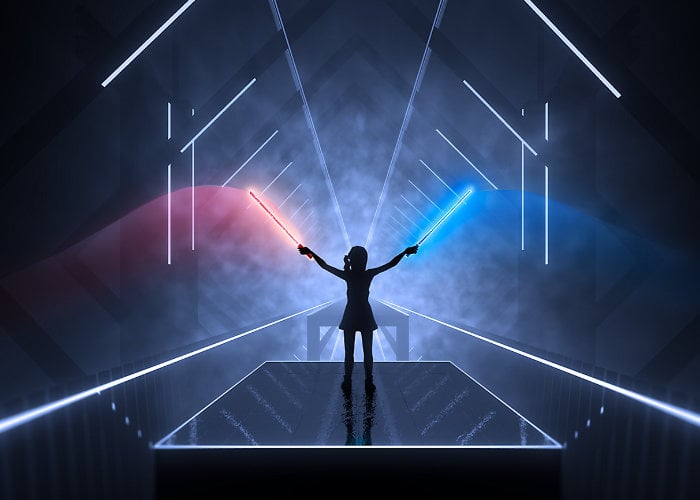 Beat Games the creators of the awesome virtual reality sabre slashing rhythm game, Beat Saber have announced that the PC game is finally ready to leave the Steam Early Access development arena. As well as announcing that the game will also receive its long-awaited official Level Editor although this will not be coming to the PlayStation VR platform due to restrictions in place by Sony.

“A lot consider the move on from Early Access as a major milestone. But although we are excited, it is simply a formality for us. We have so much in store for the game and this milestone only shows we are right at the beginning. We are grateful to have you with us going forward.

Why are we doing this now?
The game is now at a stable version.
We are finally releasing the promised Level Editor.
All features we wanted to have in the game when we first launched are now there.
All Beat Saber versions will now unify.
This is not the end: we have many plans for upcoming features!
The most important questions — why and when?

We are confident to say that the current version of the game is now stable and advanced (on PS VR we released Beat Saber as a full game months ago). This doesn’t mean we don’t plan to make improvements on the way, but we can finally say that for the first time in the existence of Beat Saber, we are unifying all Beat Saber versions — Steam version, Oculus Store version and PS VR version.

Our plan is to switch from Early Access to a full release with the release of the Quest, which is happening on 21st of May, 2019. We are giving everyone a heads up so you still have a chance to get the game on Steam for the old Early Access price (if you haven’t got Beat Saber just yet). After we switch to a full release, the price will change to 29.99 USD and will keep the same on all platforms.”

For more details on the move from Steam Early Access jump over to the official Beat Saber news update over on the Steam Community website.