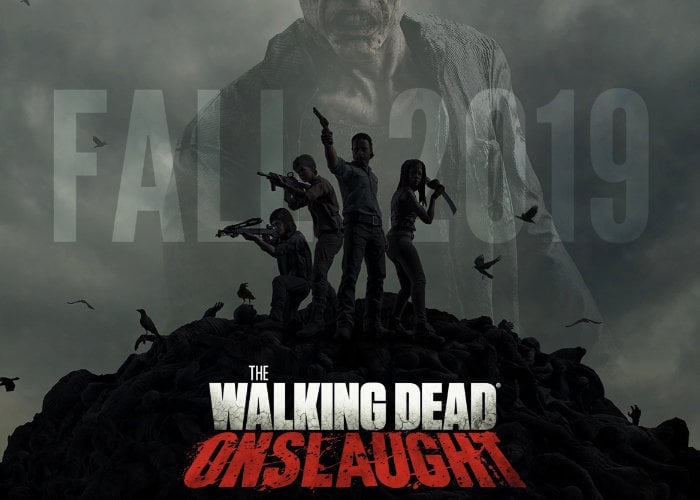 During the fall of 2019 fans of the Walking Dead franchise will be able to enjoy a new virtual reality experience created by Survios, the studio behind Creed: Rise to Glory launched back in 2018 and the awesome Raw Data virtual reality shooter launched a year earlier during 2017. The announcement was made today and was accompanied by an official announcement trailer which is embedded below, providing a quick taste of what you can expect from The Walking Dead Onslaught game currently under development. The Walking Dead Onslaught will provide players with melee, ranged combat, player progression, and a full campaign mode.

The Walking Dead Onslaught virtual reality zombie survival game will be available to play on HTC Vive and Oculus Rift.

“The official VR game of AMC’s The Walking Dead, The Walking Dead Onslaught turns you into a desperate survivor struggling against the relentless walker threat, while confronting both the horrors and humanity of this apocalyptic new world. Onslaught introduces the most visceral combat experience that veteran VR-studio Survios has built to date. Scavenge and wield an arsenal of iconic melee and ranged weapons using real-motion VR mechanics – and experience the variety of their graphic end results. We are progressing VR with interactions between you and an object, offering a variety of end results through multiple thresholds. It’s the most visceral combat experience that Survios has built to date.”

Game mechanics currently under development include :

– Delimbing: Walker limbs are vulnerable for removal at many joints, including arms, legs and neck
– Carving: Proprietary “gore mesh” creates realistic wounds anywhere on a walker’s body
– Impaling: enemies get impaled and react where they are stabbed
– Context-based physics: varying reactions take place based on context; precise slicing through enemies result in getting stuck, resistance when pulling out weapons and grappling (a challenging technique in VR)
– Walkers can also be grabbed and restrained for precision melee attacks and strategic defense
– Walkers can also be pushed and thrown at other walkers