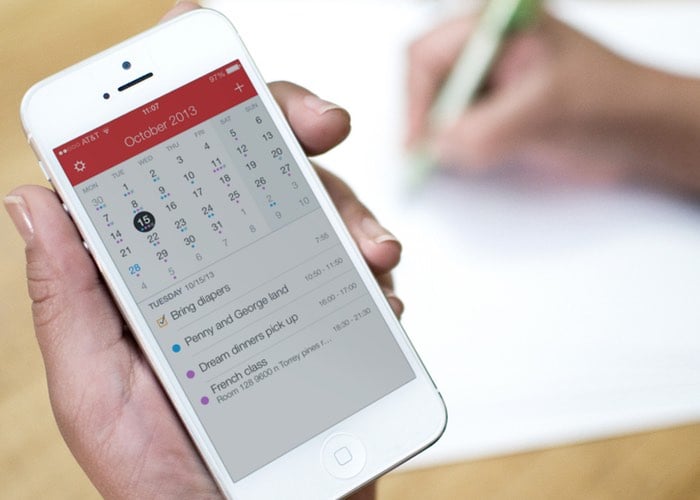 Flexibits the creators of the awesome Fantastical calendar application, have this week announced the new Fantastical 2 update has been released that brings with it added support for Apple’s iOS 9 mobile operating system.

Enabling Fantastical 2 users to benefit from the new split screen iOS 9 feature and 3D Touch hardware support that has been rolled out within the latest iPhone 6S and iPhone 6S Plus smartphones.

New features within the Fantastical 2 iOS calendar app include :

– 3D Touch! Press firmly on the Fantastical app icon for quick actions
– Fantastical’s Apple Watch app now includes complications, a “go to date” option, plus improved speed thanks to a native app (requires watchOS 2)
– Additional iOS 9 fixes and improvements
– Improved design for week view
– Tap and hold on locations or URLs to choose an app to open them in (e.g. Google Maps or Apple Maps)
– Multiple invitation notifications are now shown separately instead of grouped into a single notification
– Improved highlight weekends for countries that have weekends on Friday and Saturday
– Fixed hang when adding new events with VoiceOver
– Fixed location and phone data detectors not appearing in event titles
– Various fixes and improvements

The latest app are now available to download for the iTunes App store and Fantastical 2 for iPad is priced at $9.99, the iPhone app priced at $4.99 and an awesome Mac app is priced at $39.99.