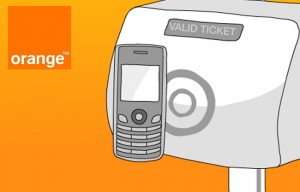 Today Orange, the European mobile phone carrier has unveiled it will be launching a new NFC (near-field communications) services for contactless payments in the UK, Spain, France, and Poland. The new NFC service is expected to roll out during the second quarter of 2011 an the first phone to be equipped with the new NFC capability and mobile contactless services will be … END_OF_DOCUMENT_TOKEN_TO_BE_REPLACED 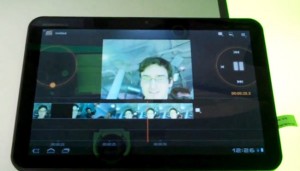 At MWC today Eric Schmidt has confirmed that Google is currently working on a video editing app called Android Movie Studio. Which will be available for all Android tablets running Android 3.0 Honeycomb, and first demonstrations of the app look promising. The new Android video editing application contains all the standard features you would expect including, transitions, … END_OF_DOCUMENT_TOKEN_TO_BE_REPLACED 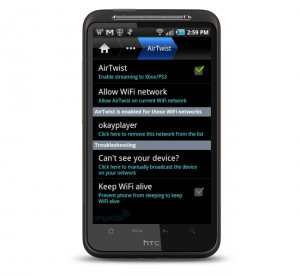 DoubleTwist have released a new update for their doubleTwistAirTwist Android application that now allows suers to connect to Xbox 360 or PlayStation 3 consoles and streaming media wirelessly. The AirTwist app has been available for some time on Android and allows users to keep the media on their Android mobile phones such as pictures, music, movies synced between their phone … END_OF_DOCUMENT_TOKEN_TO_BE_REPLACED 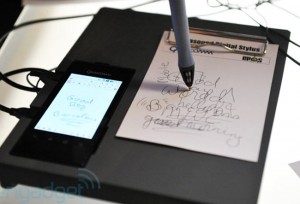 At MWC Qualcomm have showcased their new ultrasonic pen, thats allows you to write on standard paper but keep a copy transcribed to your smartphone, tablet or laptop, instantly. The innovative pen device has a battery-powered transceiver inside and using off-the-shelf microphones on a mobile device or tablet will pick-up vibrations from the pen up to 30 centimeters away. … END_OF_DOCUMENT_TOKEN_TO_BE_REPLACED 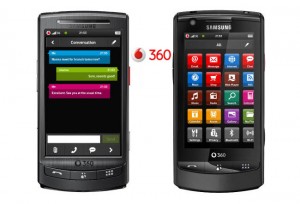 The LiMo Foundation, a global consortium of leading mobile operators, device and technology vendors, announced the launch of LiMo 4, the latest release of the LiMo Platform at the MWC in Barcelona. The new version of the Linux based mobile OS brings with it a a number of improvements to the platform, including improved widget support, multimedia support, social networking … END_OF_DOCUMENT_TOKEN_TO_BE_REPLACED 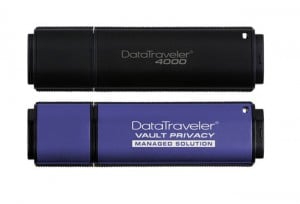 Kingston has today taken the wraps off it new line of secure USB drives the DT4000 which is equipped with military-grade encryption. The new range include the DataTraveler 4000 and DataTraveler Vault : Privacy Managed, will help many businesses where Managed secure USB drives are a necessity. DT4000 is enclosed in a steel case and has been designed for secure data transport … END_OF_DOCUMENT_TOKEN_TO_BE_REPLACED 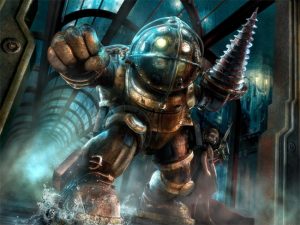 If you were hoping for the release of a Bioshock movie in the near future. You might be a little disappointed to hear that due to R rating director Gore Verbinski wanted for the film failed to attract any investors. There were even thoughts that the new film would be also shot in 3D and still thinks the game woud make a great movie especially in 3D. But due to the underwater … END_OF_DOCUMENT_TOKEN_TO_BE_REPLACED 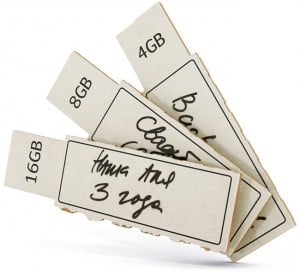 Art Lebedev the creators of OLED keyboards have cast their minds into the future to and thought how USB sticks might look. Coming up with an environmental friendly USB stick thats created from cardboard. The concept cardboard USB sticks can be torn from a strip and then quickly used to transport data safely from one place to another and then simply disposed of before they … END_OF_DOCUMENT_TOKEN_TO_BE_REPLACED 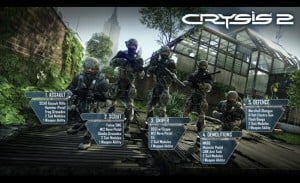 With the imminent release of the new Crysis 2 game Crytek has just released a new Crysis 2 story trailer on to its YouTube channel showing the early build up and background to the new game. Spolier Alert: I have also posted underneath a video of the first 25 minutes of gameplay from Crysis 2 that was posted this week on YouTube  after an early build of the game leaked onto … END_OF_DOCUMENT_TOKEN_TO_BE_REPLACED 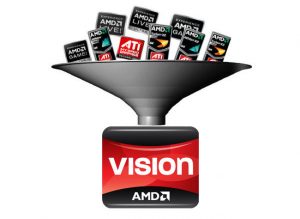 It thought that when AMD releases it new processors code-named Llano and Zambezi microprocessors later this year. AMD will not introduce any new brand-names for them, but divide then into different classes of its Vision platforms, says X-bit labs who have seen a document referencing the changes. If AMD does drop the names it might take a similar naming class to motor … END_OF_DOCUMENT_TOKEN_TO_BE_REPLACED 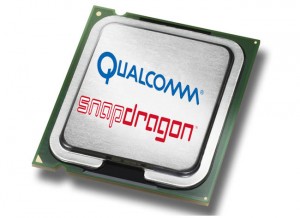 Qualcomm has announced at the Mobile World Congress this week that its Android devices manufactured in the future with the new Snapdragon processors will have native support for streaming movies and TV shows from Netflix. The new Snapdragon processor provide high performance and media protection perfect to pass through the Netflix certification approval process. All videos … END_OF_DOCUMENT_TOKEN_TO_BE_REPLACED 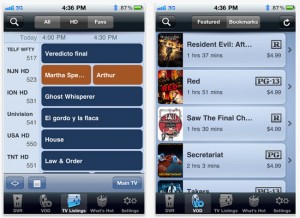 Verizon have released a new update to their FiOS DVR app that now allows you to connect to multiple DVR's from one application or use multiple devices to control your DVRs from anywhere. The user interface has also been given a update with a design more inline with  the new Interactive Media Guide together with updated parental controls. Other features include an new 'Whats … END_OF_DOCUMENT_TOKEN_TO_BE_REPLACED