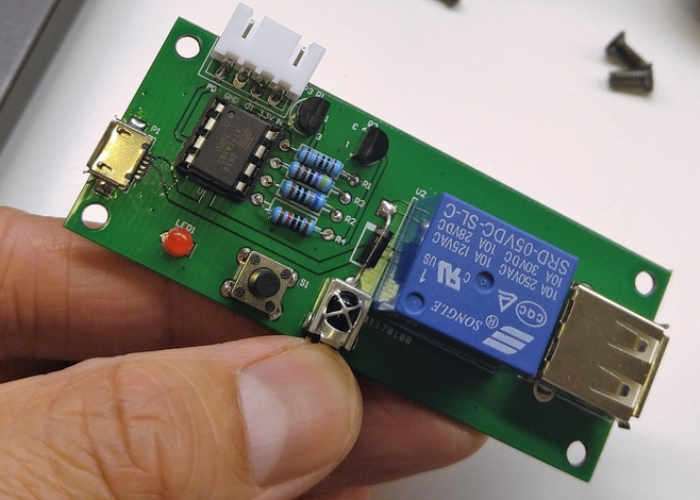 Andrew Lai has created a new Raspberry Pi accessory which takes the form of a remote control power switch, and has been created to provide a consumer electronics experience with control via a single button or infrared remote.

The new Raspberry Pi power switch is completely customisable and packable to meet almost any requirements you may need and includes a onboard MCU (Attiny85) that provides the flexibility to control press duration, reassign buttons and even tweak the LED behaviour to suit your needs.

The Raspberry Pi power switch provides a single button for both on and off just like most consumer electronic devices but can be wirelessly operated using the infrared remote control if desired. Watch the video below to learn more.

While working on my Raspberry Pi DIY projects, I need a simple on/off switch which can turn on (obviously) and gracefully shutdown the Pi.  Additionally I would also like to operate the switch with a remote control.  After searching on the market, I found that either they are too pricey or lacking the simplicity and feature that I need.
So I decided to build my own.

The switch is both Smart and Hackable! Out of the box, the Pi Switch has the following features:
• Single button on/off or Infrared remote operation
• Support “Forced” off by long press the button
• LED light to indicate power status
•      Blink twice when Switch receives power
•      Turn On when Pi is on
•      Blinking when waiting for PI to turn off
•      Turn Off when Pi is off
• Use standard microUSB and USB female socket

Here’s the operation sequence:
1. Press once to turn On
2. Press again to trigger shutdown of the Pi’s Linux OS – the script will be supplied.
3. Monitor to wait for the Pi to be fully shutdown (halt state)
4. Once halt state is detected, cut the power to the Pi.