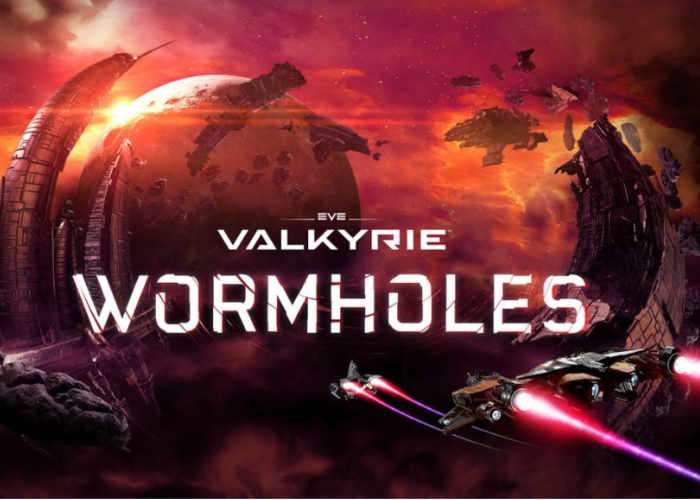 CCP Developers of EVE and the virtual reality spin-off EVE Valkyrie have today rolled out a new update for the game in the form of EVE Valkyrie Wormholes, which brings with it a new game mode together with plenty of updates, tweaks and enhancements.

The new game mode provides an exciting twist and launches you into a “weird and wonderful new encounters”, says CCP. Watch the launch trailer below to learn more about what you can expect from the latest update to the virtual reality EVE Valkyrie space combat game.

EVE: Valkyrie Wormholes update trailer featuring a whole new way to play with unique rules and gameplay, as well as introducing the Leagues alpha feature. The Valkyrie League is the first of multiple features we are developing with the aim of supporting more competitive play. The alpha release of this feature will also allow us to evaluate and tune it using live player data, balancing everything to a nice sweet spot for when we introduce our first Valkyrie Season in the coming months.

Fresh from winter holidays, the team here at Newcastle have been busy creating a range of incredible new features and improvements. We always try to cram our game updates with content, and this one is no exception. You will find the usual bullet point barrage of awesome new stuff below, with some links to expanded articles that we will release later in the week on some of the hot topics.

From watching the player data over the holidays, it’s abundantly clear that lots of (good) boys and girls got the presents they wanted I’ve spied lots of fresh faces in those Clone VATs and Results screens. Welcome to the ranks of the Valkyrie! May your aim be true, and your missiles deadly!

We’re all looking forward to flying and dying amongst friends new and old, so let’s fire up those engines and get out there! Oh, and remember that as of this update… what happens in a wormhole, stays in a wormhole.

For more information on the new EVE Valkyrie Wormholes update jump over to the official website via the link below.