Audi announced recently that they were teaming up with Google to bring Android to their new cars, and now the company has show off a new Android powered in car tablet at this years CES.

This new Android powered in car tablet from Audi is designed to be used in the car by passengers, and comes with a number different features. 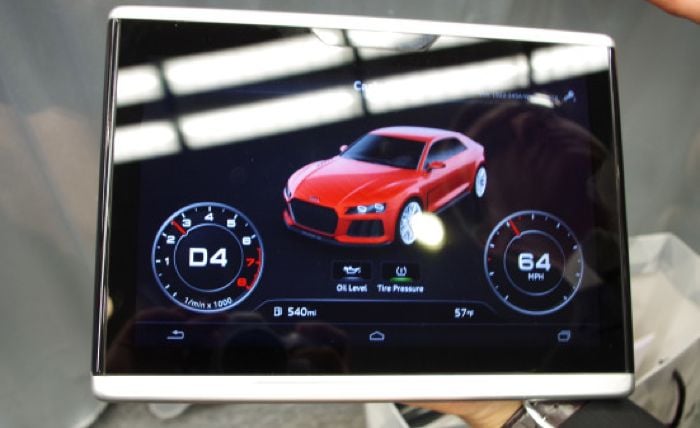 This new Android tablet from Audi can be used to control the vehicles navigation system, the audio system and even the telephone. 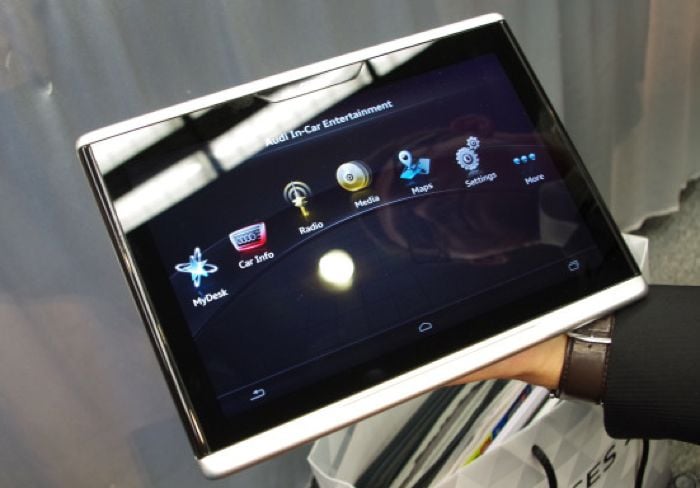 “It has been developed specifically for in-car use,” said Ricky Hudi, Audi’s head of development for electrics and electronics. The tablet is designed for crash resistance and extreme temperatures.

Audi also has further plans for Android in the future vehicles, after forming the Open Automotive Alliance with Google and other car manufacturers.

Audi also announced a recent partnership with US mobile carrier AT&T to bring their 4G LTE connectivity to Audi vehicles, this will be available in the new Audi A3 sedan.