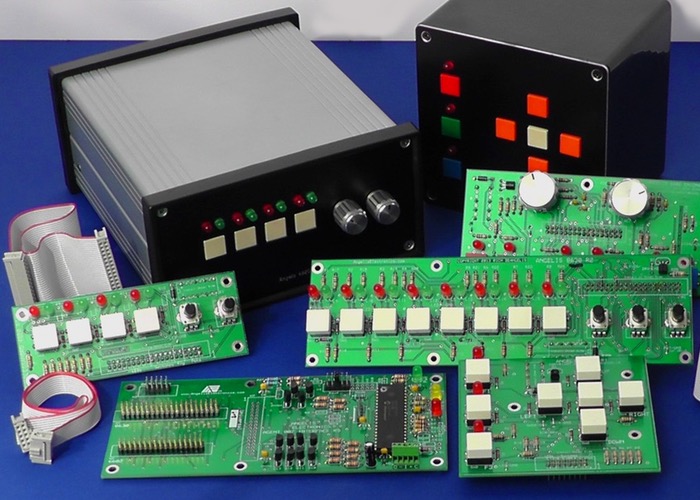 Developers, makers and hobbyists that enjoy using the Arduino platform or Raspberry Pi mini PC to create projects, but continually find themselves having to wire up switches, encoders and LEDs to their projects.

Maybe interested in a new simple user interface which has been designed by Rich DeAngelis to be used with both the Raspberry Pi and Arduino platforms, and requires just two wires to be connected to your project.

DeAngelis was inspired by his previous Kickstarter campaign to create the new electronic simple user interface, and has once again taken to Kickstarter to raise the $3,000 he requires to take his prototype into production. DeAngelis explains a little more :

“I have worked to greatly simplify the effort to connect and program a user interface for all kinds of micro-controllers by developing the model 007 “Agent” User Interface Processor.  I have also expanded my reward choices to include two new control panel designs for hobbyists.

With the Agent processor, your software task is now nothing more than reading and writing serial bytes to and from a UART.  No interrupts or time-sensitive software needs to be written.  Since the processor communicates with a single UART, all your other digital I/O pins are free to connect to other hardware.

The Agent processor automatically scans of up to 20 switches and sends an immediate serial message to your host Arduino, Raspberry Pi, Beagle, or any micro-controller with a UART.  All switch events are detected, de-bounced and buffered so your project will never miss a user input even during processor-intensive software functions.”

For more information on the new Arudiuno and Raspberry Pi simple user interface board to make portioning even faster, jump over to the Kickstarter website for details and to make a pledge from $36.