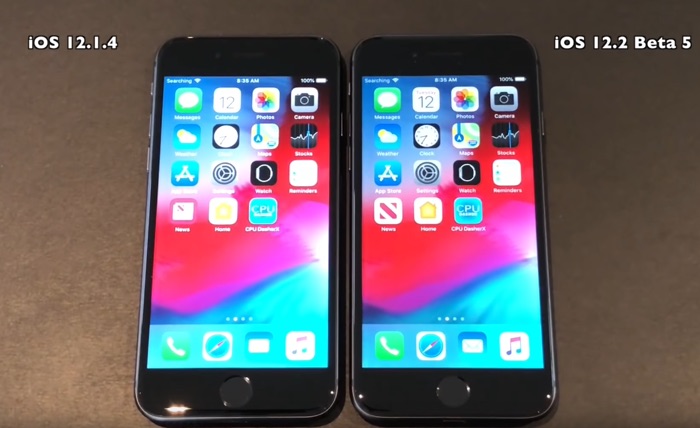 In the videos below we get to see the new iOS 12.2 beta 5 up against the current iOS 12.1.4, lets see if there are any speed improvements in the new beta.

As we can see from the video there are no major speed improvements in the new iOS 12.2 beta 5 in terms of the boot up times or the apps.

Apple are expected to release the final version of iOS 12.2 some time later this month, it may be released at Apple’s press event on the 25th of March.