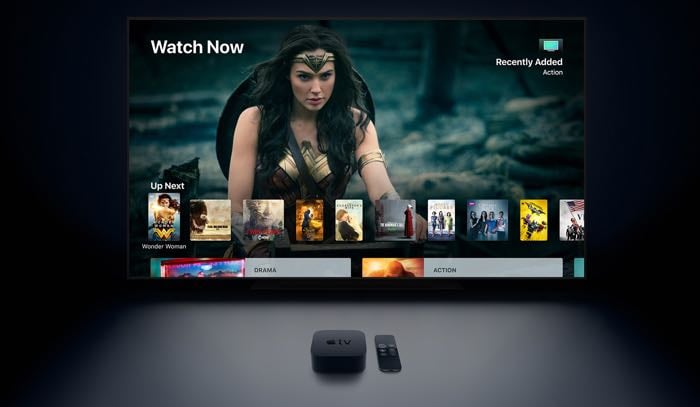 There are lots of new updates for Apple devices, we have seen iOS 11.1 update, watchOS 4.1, macOS 10.13.1 and now the Apple TV gets tvOS 11.1. The new version of Apple’s TV software is available for the fourth generation Apple TV and also for the new Apple TV 4K.

The tvOS 11.1 update brings a range of new features to the Apple TV, it also comes with some bug fixes and performance improvements. One of the main fixes in the update is for the KRACK WiFi security exploit that we heard about previous, this was also fixed in iOS 11.1 and the latest version of macOS.

Most of the changes to the latest Apple TV operating system are under the hood, there are no major need features in this software update. The update mainly contains the bug fixes we mentioned and a number of performance improvements.

You can install the latest version of Apple’s tvOS on your Apple TV by going to Settings > System > Software update. The update is only available for the fourth generation Apple TV and the new Apple TV 4K. Apple also revealed recently that they are working on a new update for the Apple TV that will bring some improvements to video quality. Youwill soon be able to choose you video output settings, this will land in tvOS 11.2.