AOC has announced that as of right now its latest computer screen is on sale around the US for $299. The display is called the Touch Monitor e2239FwT. The screen is an LCD with LED backlighting and is made to work with your desktop or notebook computers. It is 22-inches wide and has room under for your notebook to hide. 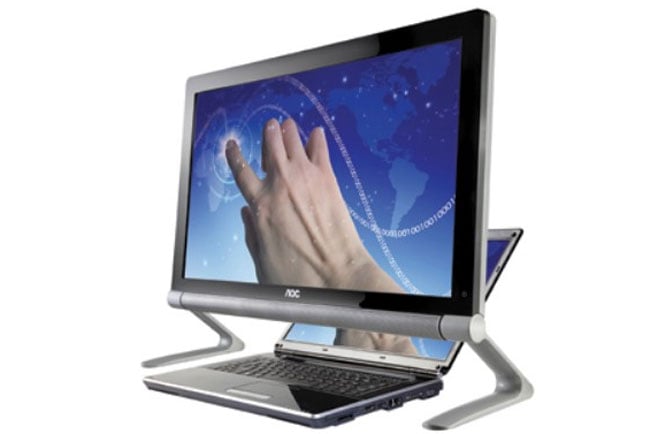 The front of the screen is high gloss black and the rear of the enclosure is white. It supports full 1080p resolution at 1920 x 1080. AOC is selling the screen via TigerDirect, Amazon, and in other locations as well. The screen has dual HDMI ports on the side for input, USB ports, and a D-sub. The USB ports allow daisy changing of multiple screens.

The dynamic contrast ratio is 10M:1 and the aspect ratio is 16:9. The screen supports 16.7 million colors and is HDCP compatible for Blu-ray playback. The screen can also tilt to angles of 3-12-degrees. The Touch Monitor also sips power with 0.1W in standby and 25W in use.