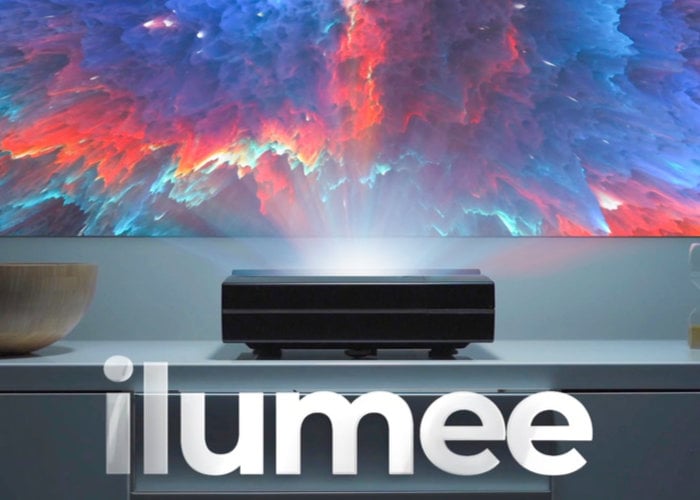 The new Ilumee ultra short throw 4K LED Projector has the world’s shortest throw rate, providing a 4K ultra high definition image up to 150 inches in size and capable of projecting a 100 inch image from just 4.3 inches away thanks to its wide-angle lens. Launched via Kickstarter this week early bird pledges are available from $1,699 or roughly $1,326 offering a massive 48% discount off the recommended retail price. 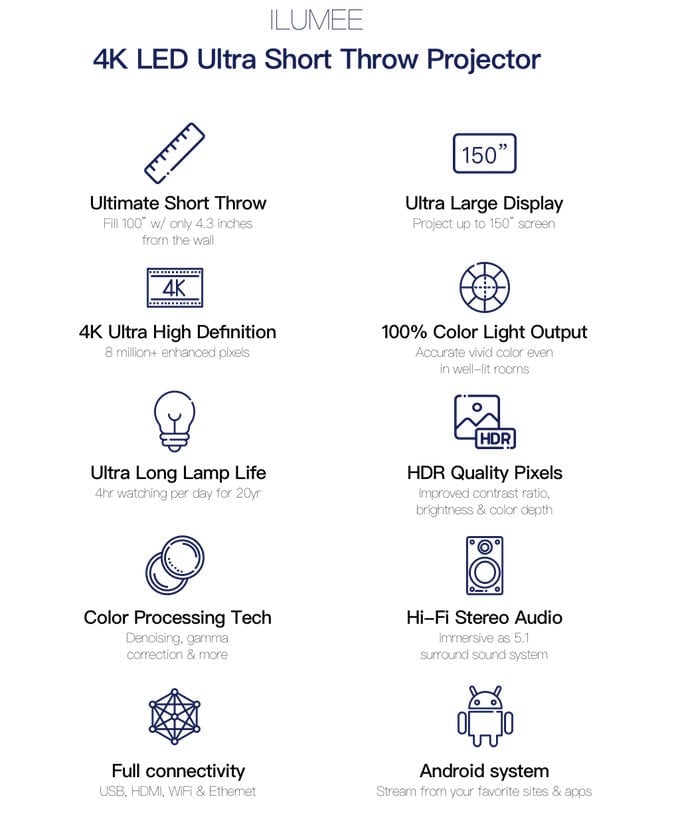 “ILUMEE projector takes the lead in the industry by boosting the shortest throw rate of 0.2:1, while the standard among competitors ranges from 1.5~1.9:1. It can fill a stunning 70 ~ 150 inches screen from a distance of only 1.2” ~ 15”. It can project a screen size up to max. of 150 inches. Brightness or lumen of white light has been overstated in projectors because it alone cannot deliver bright, lifelike colors. CLO is equally important since a comparably low CLO can render the images dull and lifeless with the details hard to see. With a brighter image, you can easily see the detail even in well-lit rooms without the need to spend loads on a projector with really high lumens.”

For more information on the 4K LED projector and its short throw capabilities, jump over to the official Kickstarter campaign page by following the link below.