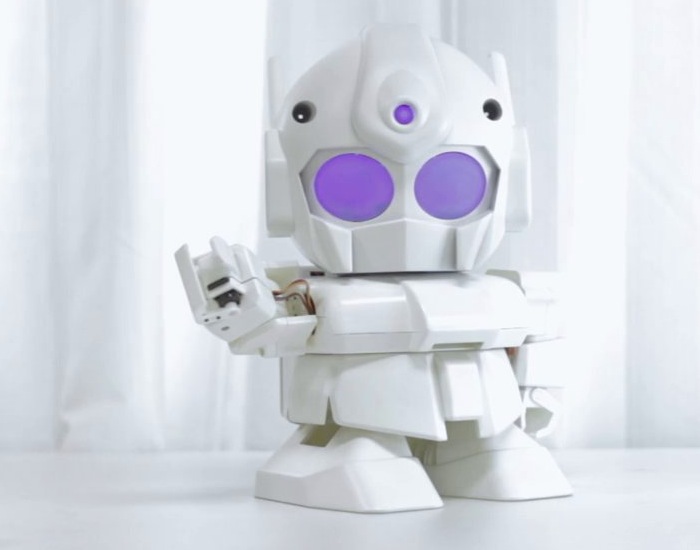 Some of our readers might remember the cute Rapiro Robot that launched over on the Kickstarter crowd funding website back in June 2013. That allowed you to build your own mini robot powered by a Raspberry Pi minicomputer.

As promised in its Kickstarter campaign, Ishiwatari has now shared the 3D design files for the Rapiro Robot this week on Thingiverse, allowing everyone to download and customise their own Rapiro Robot using a 3D printer.

The Raprio Raspberry Pi Robot has been designed to accommodate a Raspberry Pi mini PC as in its head and comes with a total of 12 servo motors, one for its neck, one in the waist, four for the two feet, and the final six for its two arms.

Now details have been released allowing you to 3D print your very own Rapiro robot to make your own. The Rapiro board is Arduino compatible enabling you to program it using the Arduino IDE.

The Rapiro robot also allows you to add the Raspberry Pi Camera Module to take pictures if your budget stretches and adding a wireless dongle or a bluetooth dongle to Rapiro, allows you too control it via a smartphone.

Rapiro is very easy to assemble and Rapiro’s pre-programmed Rapiro board works right after assembling. Check out the video below to learn more and download the 3D print files from the Thingiverse website.