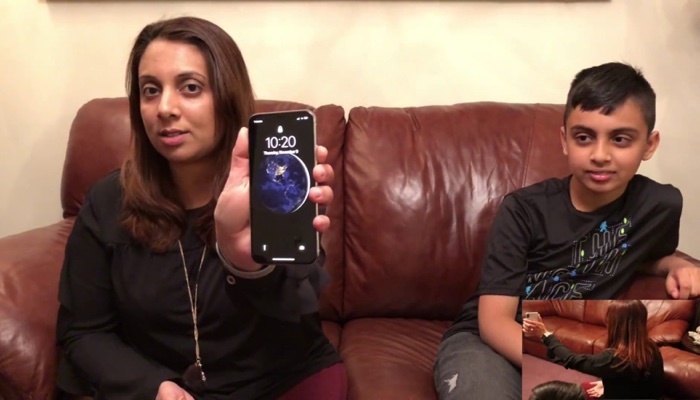 Apple’s Face ID on the iPhone X is used to unlock the device, it is also used for Apple Pay. We have seen one video where a 3D printed mask was used to fool Face ID. Now a 10 year old can unlock his mom’s iPhone using Face ID.

Ammar Malik is capable of unlocking his mom’s iPhone with his face, he have been able to do this numerous times. He has also been able to unlock his dad’s iPhone once. As you can imagine his parents, Attaullah Malik and Sana Sherwani were shocked when the discovered that he could unlock the handset.

Apple’s Face ID has replaced Touch ID on the new iPhone, it is supposed to only be able to recognize one face which has been registered to the device. Have a look at the video below which shows Ammar unlocking his mom’s iPhone X.

As we can see from the video Ammar can easily unlock his mom’s iPhone using his face, which is not really a surprise as he does look a lot like his mom. His parents are concerened as he could have access to things they do not want him to on the iPhone, like banking apps a more. You can find out more details about Ammar and his family over at Wired at the link below.