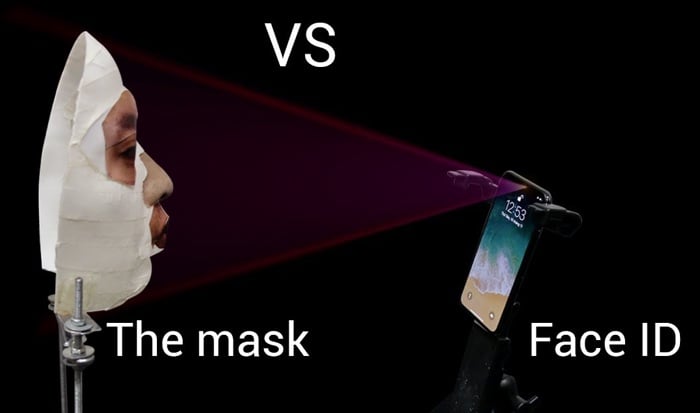 Apple’s iPhone X now used the company’s Face ID for security, the feature has replaced Touch ID and fingerprint sensors on Apple’s iPhones. Now it would appear that someone has managed to fool Face ID using a mask.

Security company Bkav from Vietnam are claiming that they have been able to trick Face ID on the new iPhone X using a mask. The mask was made from a combination of 2D, images, 3D printing and some makeup and it apparently cost around $150 to make.

In the video below we get to see the new iPhone X being unlocked using a mask which appears to have recreated the face of the handsets owner, it appears to work well at unlocking the device.

The company behind the video, Bkav have revealed more details about how they tricked Apple’s Face ID with a mask. They have said that they did not use any passcode to create the mask, they could have used this to teach the iPhone a new face or variations on he original face.

You can see more information on how this mask was created and also how the company managed to unlock Apple’s new iPhone X using a mask at the link below.